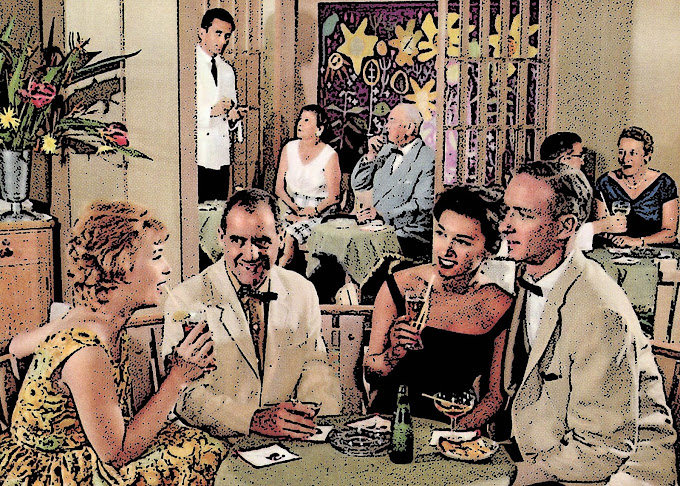 It had been months since I had purchased a music CD.

And then I got the “Exotica” bug.

Exotica is a loosely-defined genre, it arose after WWII, featuring vaguely oriental or pacific islander musical themes, a fair amount of Latin and even some African influences, all thrown into a simmering musical stew of percussion and provocative vocalizations. It was popular with bachelors, played in their “pads” on their new hi-fi systems. By the mid 60s it had devolved, morphing back into the MOR pop genres from whence it had emerged. The genre has been around the block a few times, most notably in the mid 1990s, when Capitol Records introduced their Ultra-Lounge series of CDs (and digital download albums.) Some are better than others—there is usually a clinker or two on each one—and usually an outlier or two but, overall, I find them enjoyable. I could probably find a Spotify channel for this, but part of the fun is getting used to a particular CD and the way it is sequenced.

Each CD comes with a little booklet describing the music and the artists who performed it, as well as some cocktail recipes. I wish I could partake, but the imbibing of spirits has never been my strong suit, especially not with the addition of sugary syrups.

I got most of the series via Amazon but the other day I was at the thrift store where they had four large bins of CDs on a cart, waiting to be shelved. It was a plethora of easy-listening jazz and sprightly pop instrumentals, with many of the same artists that were featured on my Ultra-Lounge CDs. I picked out several titles and when I went to inspect the discs I noticed that, on the inner tray of all of them, was an address label.

When I got home I looked up the name on the label and found an obituary. He was about the same age as me when he died a few years ago, his heirs must have finally dumped his collection of hundreds of titles.

That cocktail party is over.

There seems to be an intersection of the surf music and Tiki crowds. Remind me to give you a Tikiyaki 5-0 CD.

One of the disappointments of our visit to The Tonga Room was the modern pop music being played. Surf music would have been great.