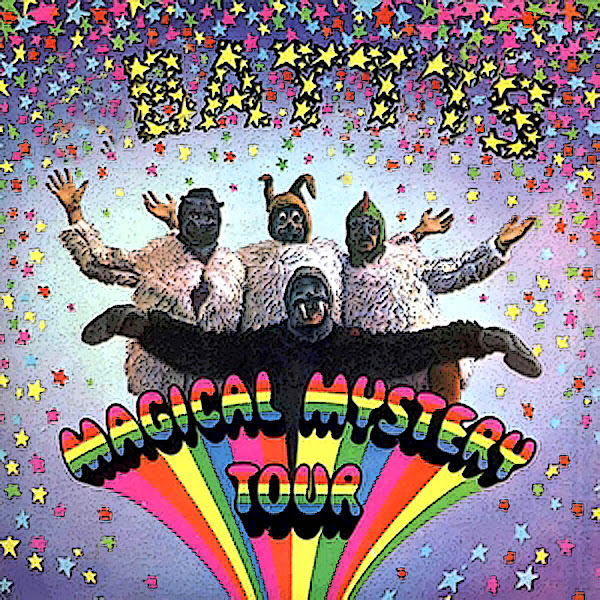 No, this isn’t a promo for those lovable mop-tops but, rather, the announcement of a mini-vacation for The Weaver’s birthday.

The magical part is that she doesn’t know where we’re going!

More on this next week.

Let’s start the week off with some booty-shaking:

Oh dear! This isn’t turning out quite as I had planned… 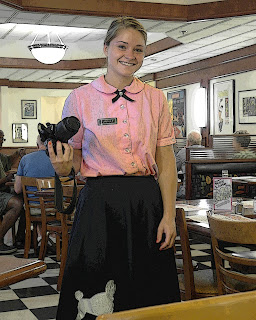 Almost every large town has a “50s Style” restaurant. The waitresses, and they are almost always women, sport vaguely period-themed outfits. The poodle skirt shown here is a faithful reproduction, and with the candy-striped blouse on top it becomes a simple way to express an homage to a simpler time. For about 20 years or so a group of my high school chums gathered here on the third Wednesday of every other month—until the Covid interregnum. We are all in a high-risk group due to our age; many of the guys have other risk factors as well. Recently we’ve started meeting again, perhaps this is premature, but we’ve all been “vaxxed and maxxed” with preventive measures.

So… how is the food?

As it was then, so is it now. You don’t go to a place like this for a culinary adventure. Burgers, fries, regular specials usually featuring mashed potatoes, lots of malts.

It is decorated with vintage movie posters and period-correct antiques but the nifty Seeburg jukebox, alas, died a few years ago. The decor hasn’t changed one whit in 40 years. There are 50s songs on the background music system, I've heard them all dozens of times, but at least they really are from the 60s. Spotify sound-alikes have yet to corrupt this bastion against modernity.

And, finally, the service.

Practically Perfect in Every Way, Pretty in Pink, what more could one ask for? A big shout out to all the servers we’ve had over the years, every one of them has been personable and professional, exemplary work in a difficult job. 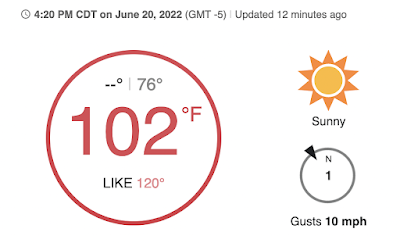 As the temperature outside of Flippist World Headquarters was well over 100° Monday, I thought it might be soothing to look back on what was, otherwise, a cool and wet spring: 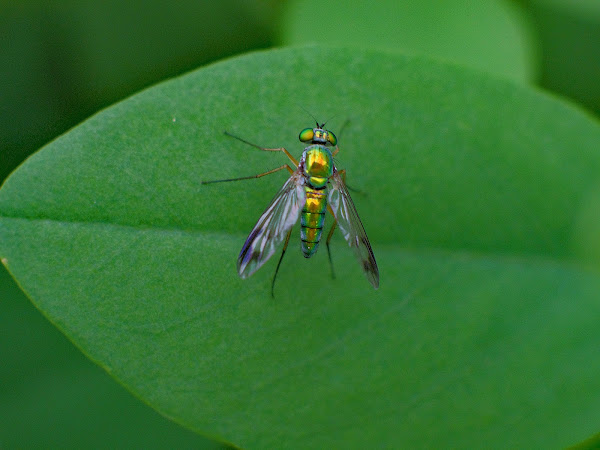 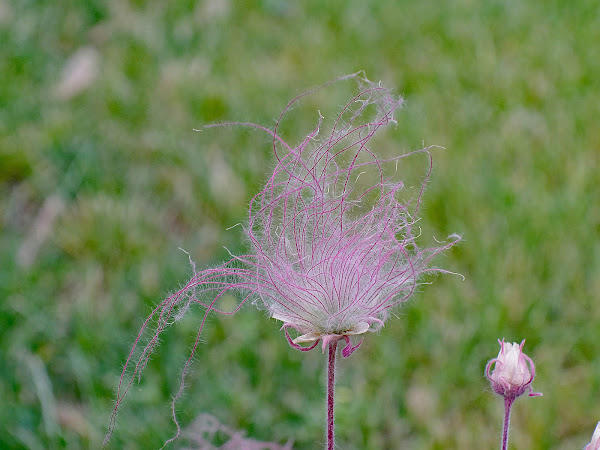 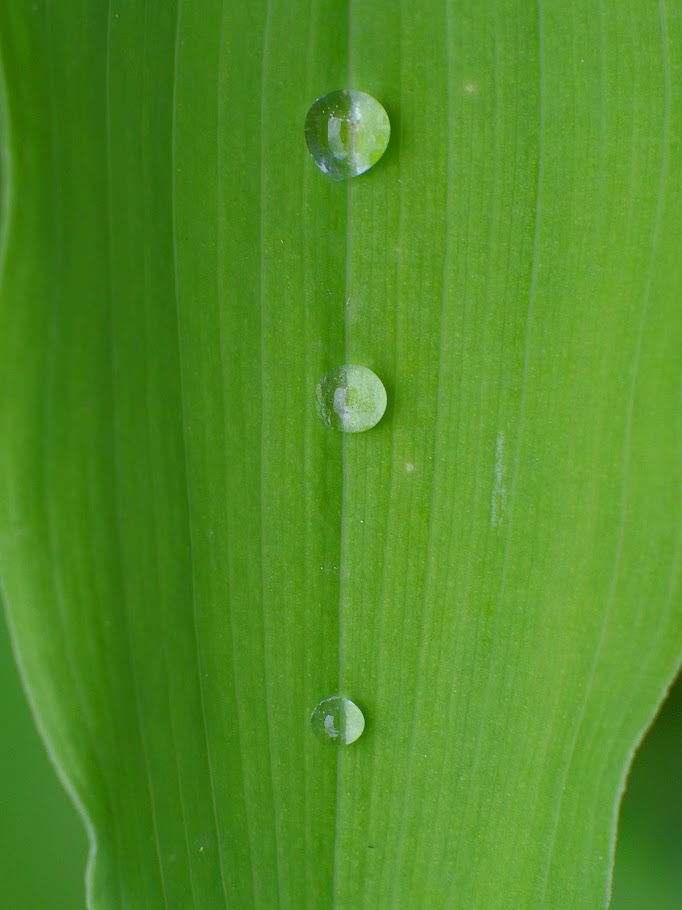 Let’s start off your week on the mellow side with this track from the great Chet Baker:

Cars used to have ornaments, something to distinguish the front ends of hoods (bonnets). The 1948 Rolls Royce had a winged angel, a totem to guide the driver’s entrance into heaven after a car crash perhaps? 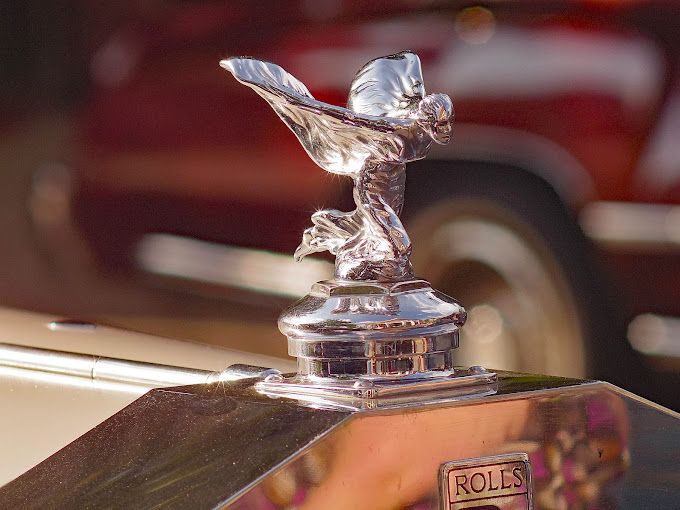 This mid-30s Ford featured "The Greyhound" ornament, brought over from Lincoln. A natural for running down rabbits: 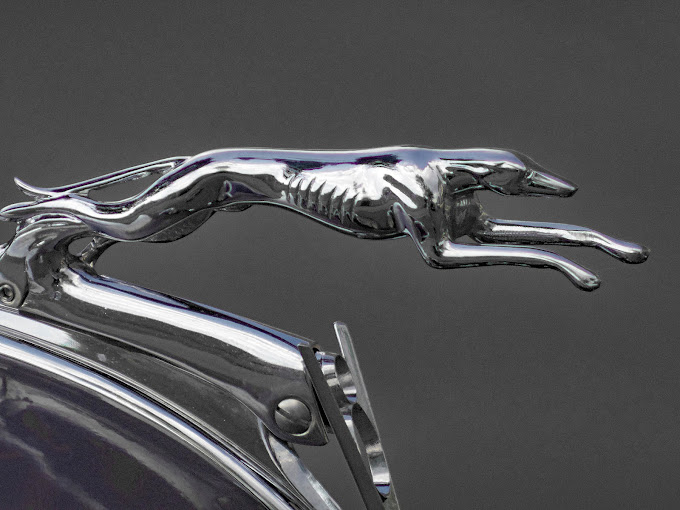 Alas, the era of fancy ornaments died soon after, jets were even faster than angels or dogs, and made a seamless transition into the grille itself: 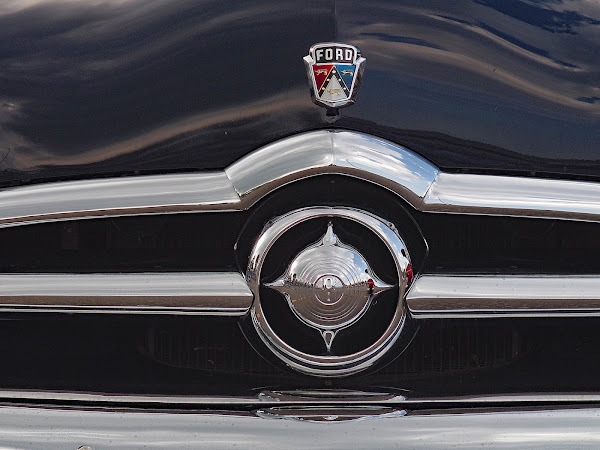 Lately there has been a flurry of activity in retirees re-entering the work force. I’ve been exploring my options and found a new career awaiting me!

No more wallowing in the pit of despair for the perpetually unemployed Professor. I’ve got my bow-tie, corsage, breath-mints and lip balm. Hair gassed back and smacker all puckered up—all set!

I know it’s a tough job, but someone has to do it. I’m up for the task and, outside of a cold sore or two, what could stop me from succeeding? Who would stand in my way? 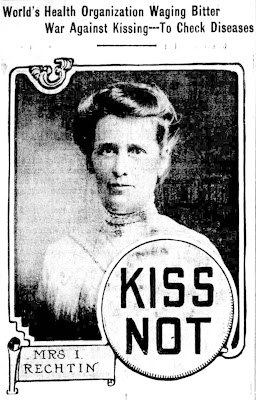 I defy you to have a bad week after watching this:

Part of My May Madness has been a spring housecleaning binge. I've been selling off some of my unused items and yesterday I started my garage sale. Full of esoteric (Flippistic?) objects, it was a rousing success. 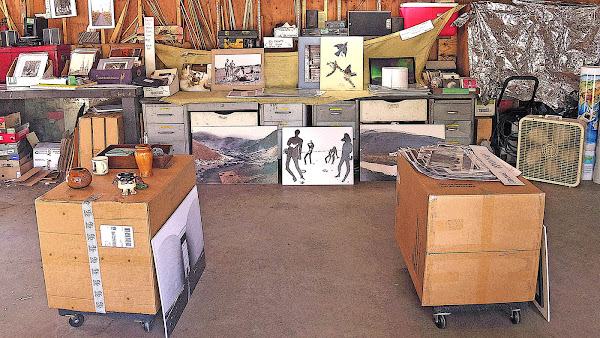 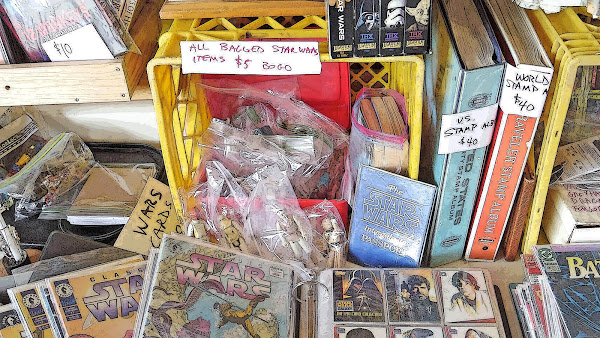 On Thursday the easy pickings were over, however, Friday and Saturdaywere something of a challenge. The bags of Legos and Star Wars figures went quickly. The baseball cards, no so fast but most of them did sell.  A  great turnout, with beautiful weather and some sincere conversations about the wild variety of art included. I sold several of my large Iceland prints, and many of the 1880s engravings. My weird stuff- a bidet attachment, a Herbert Hoover centennial mug, and bizarre sculptures all sold. Sunday, the day after the sale was over, was spent sorting the remainders into keep, donate or toss categories.
One of my wildest Iceland pictures sold to a woman who was positively captivated by the image: 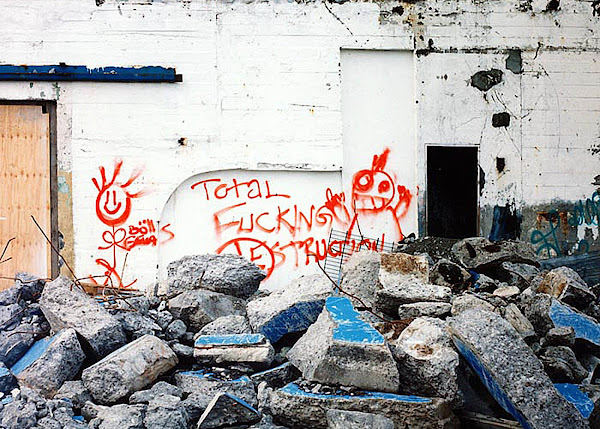 These lenses did not make it into the sale: 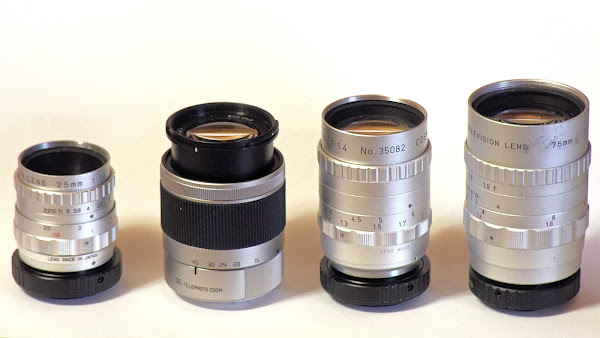 Before I accumulated my various Apple devices, I had The Commodore 64.

64 kilobytes of computer memory. Hard to imagine now that some cameras have a thousand times that in one image!

It was well-used, with the boys and me using it to play games, write programs, and we even had a dial-up modem for access to local usenets.

And then one day it was not used.

It languished in the basement, forgotten for 30 years.

I dug it out the other day, part of spring house-keeping, and hooked it up to a modern flat-screen TV, and fired it up.

It worked perfectly. I played some of the old games, they were just as cheesy as I remembered them.

The neatest part of the games were the soundtracks, evidently there was a special sound chip in these that is highly sought-after.

I put it on Craigslist and sold it in one day, to a middle-aged enthusiast who actually attends swap meets for these and other vintage computers. I have a feeling that he might part out the various components.

Looking back, I think that this was one element of my life I could have skipped, although the boys needed it to fit into their changing world.

I still play one computer game now—on my iPad—a Scrabble-like game called Classic Words. It can be wild; I’ve scored over 500 several times and once even hit 714!

I rationalize its use by thinking that it keeps my brain nimble.

Here’s a little something from Joni Mitchell and The Persuasions to get your week started on the right note:

Sixty Kilos of Silja and Hallgrímur

It looks as if I booked my upcoming Iceland trip a couple of months early.

I found a site soliciting for a three-day trip in northernmost Iceland in September. Here is the Google translation of the prospectus:

With Hallgrímur Helgason and Silja Aðalsteinsdóttir

The travel agency Mundo is a real pleasure to offer sixty hours of education and joy for the curious, bookish and travel-thirsty. During the course, Silja Aðalsteinsdóttir and the author himself, Hallgrímur Helgason, discuss the prize book Sixty kilos of slaps and of course the course will be held in Siglufjörður. This is a true education, entertainment, culture and training where participants get to drink from the well of wisdom of Silja and Hallgrímur as well as go around Siglufjörður and the nearby fjord. In this way, readers get to know the storyline of the book closely, in addition to which we look into the Folk Music Center and look at the Herring Museum with the book in mind. Weather permitting, sailing will cost extra. Örlygur Kristfinnsson, the forerunner of the Herring Museum, will be our special guide in sailing and hiking outside the fjord.


While I am truly travel-thirsty and eager to drink from Hallgrímur’s and Silja’s well of wisdom the fact that it will all be in Icelandic and that the book in question has not been translated (nor has the previous book in the series), will keep me from attending—even if I had the time. I have previously spoken with both of these literary greats and I am sure that this will be a most stimulating weekend for those curious and bookish travelers fluent á Íslensk.  Hallgrímur is a wonderful writer, he is usually featured in Best Modern Icelandic Authors listings.

A trio of verdant foliage: 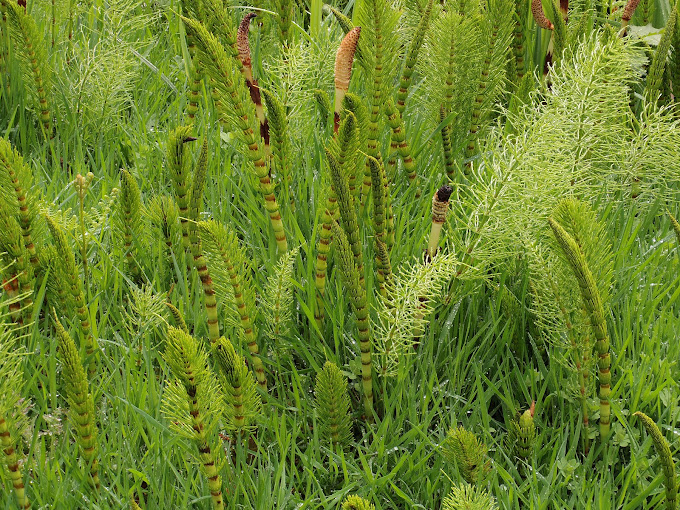 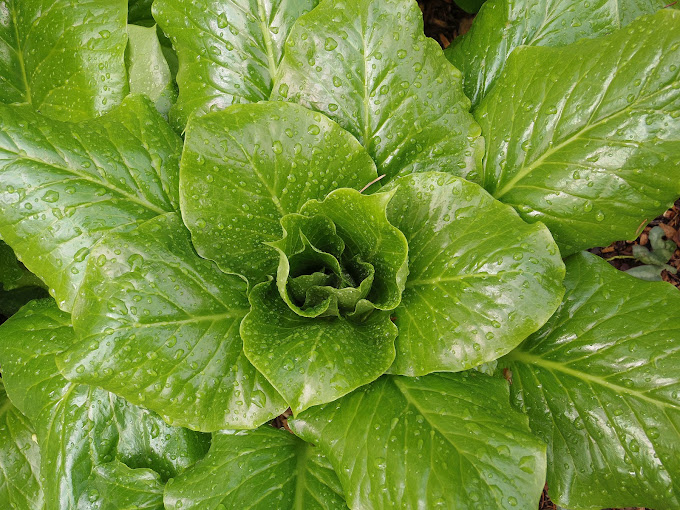 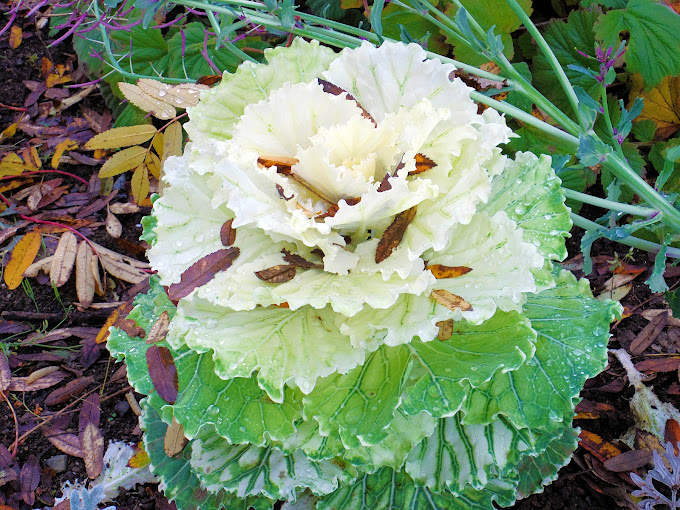