The Del Popolo restaurant had a definite “You’re not in Kansas anymore” aura about it.

It was right next door to our hotel and I had read some good reviews about it. I should have read the bad reviews. The austere gray concrete interior (Lord, will I be glad when the gray phase in decorating is over!) hadn’t deterred other patrons; the place was full. We ordered a pizza and received a cow-flop of raw dough that was burnt on top. There may have been a flavor in the sauce, but I’m not exactly sure about that. We should have sent it back (as did another couple who was staying in our hotel) but soldiered through. I thought that maybe it was a California thing—a hipness beyond the ken of us hopeless rubes from flyover land. The only non-gray decor was a wall of hideous portraits. When I asked out server about them she said the owner had bought them on eBay: 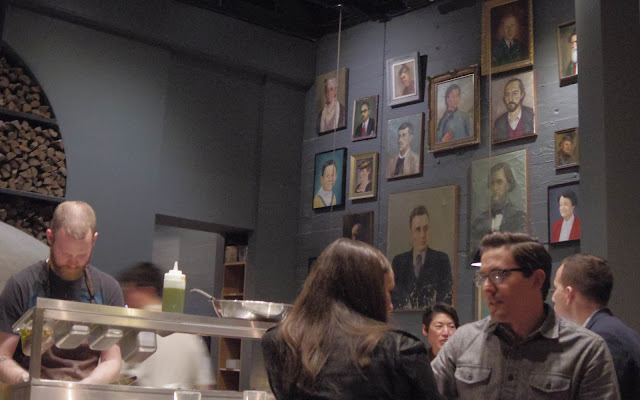 A couple of people had suggested that we try the legendary Tonga Room, in the basement of The Fairmont Hotel: 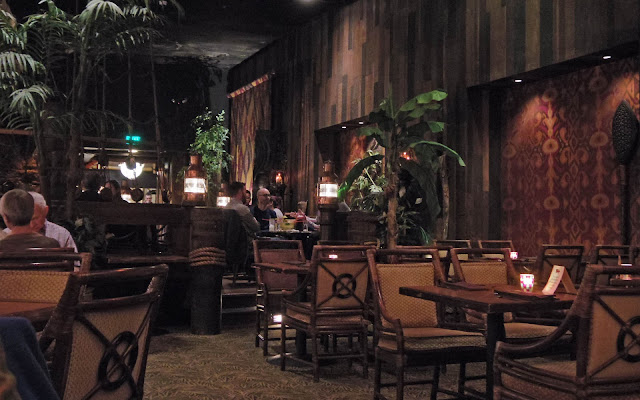 With a water-filled lagoon, simulated thunderstorms (with rain!) palms, thatch and tiki motifs, the Tonga Room’s decor did not disappoint: 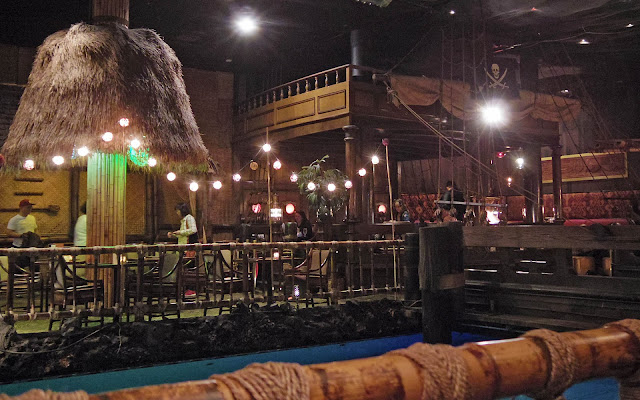 And the food was good, with a wide choice of “Asian-but-not-too-weird” selections: 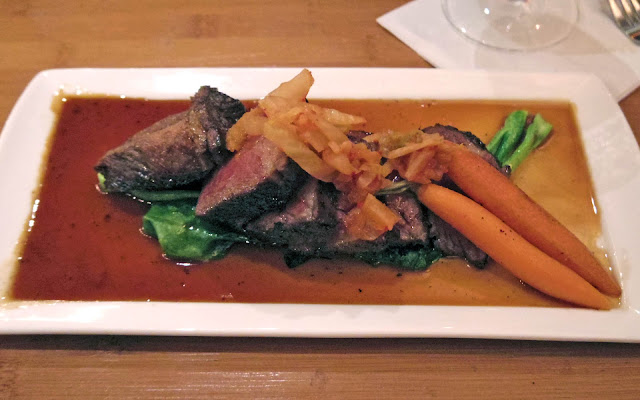 The only thing that really diminished the experience was the crappy modern pop music on the sound system. This may be just a geezer rant on my part, but there are hundreds of great Lounge or Exotica albums available, a random playlist of these would have made for a super night out. I suspect that the hotel is contractually locked into a music service that is subservient to the big record conglomerates aiming at the 20-somethings demographic.

For a real “walk on the mild side” for our last night we tried our luck at the “Level III”, another restaurant in a hotel, this time it was the JW Marriot, a block from Union Square. It was our last night and after the previous attempts at memorable dining we didn’t feel like going out on a limb. Note: the picture below is not the entry, a doorman had to direct us to an unmarked entrance that led to an elevator: 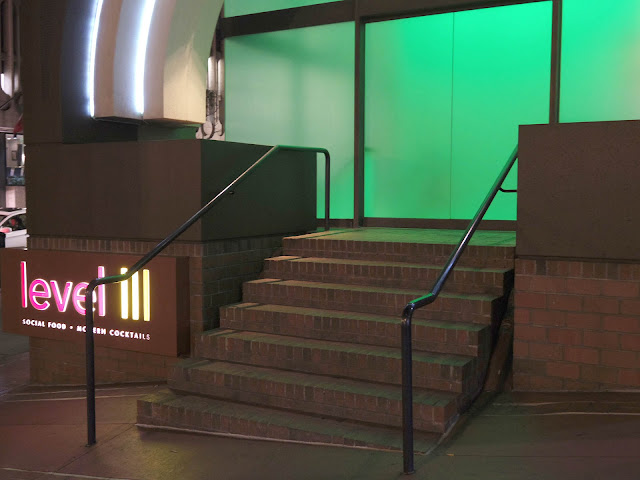 The host explained that the actual restaurant was being remodeled so we were offered dinner in a re-purposed conference room! With office chairs! And AV hook-ups at each table! There was a video projector overhead and a drop-down screen; I was half-expecting to see a Powerpoint demonstration of the menu: 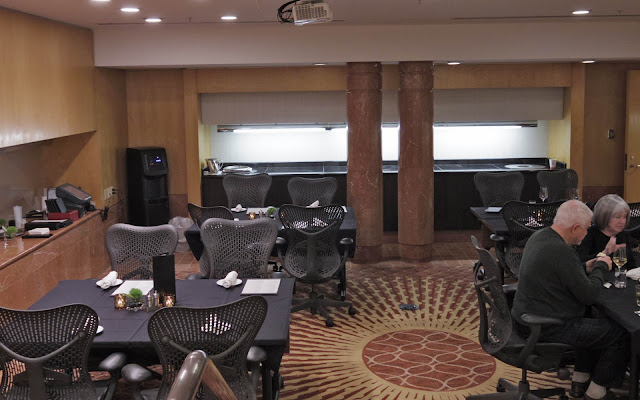 But the food was very good, perhaps the best we ate on our trip: 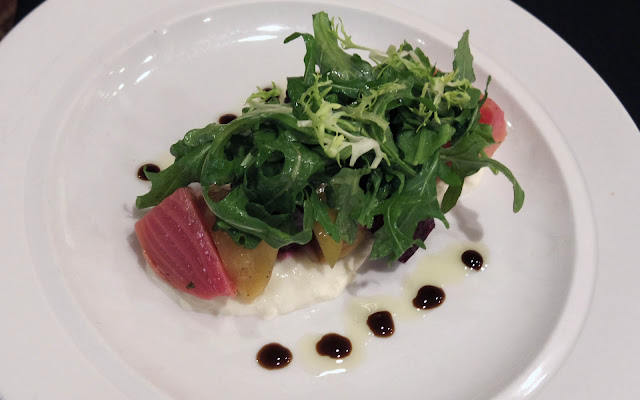 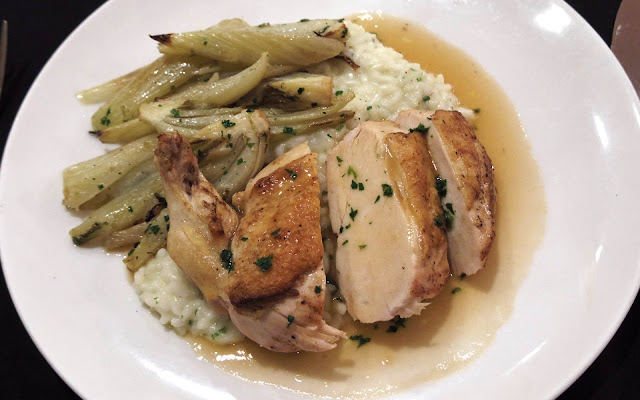 San Francisco has almost unlimited dining options (one place near our hotel offered a prix frie dinner for two for $650!) but we only had seven nights. We ate at Hopwater Distribution a couple of times, and the pleasant, if not distinguished, Roxanne Cafe, once. Sear’s Fine Dining was also pleasant.

One (this one anyway) would think that there was nothing but good food wherever you might go in San Francisco. Apparently this is not the case. Face it, Batty, we are no longer the movers and shakers and catering to us is probably not the prime objective of money-making food and entertainment businesses.