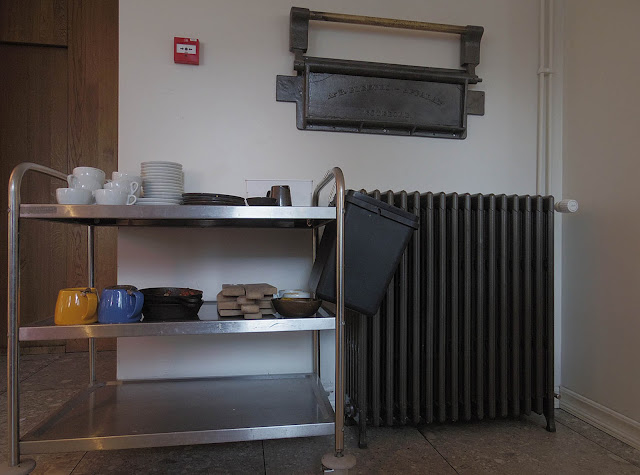 The final day of airwaves has come and gone. It was a day of subtle joys and a major disappointment. We spent the afternoon with DJ Cousin Mary and her husband Ken at the Hitt Husið, a community center for teens in downtown Reykjavík. The first performer was Hekla, not the thereminist that I had hoped for but, rather, an unassuming young woman singing songs of things important to her. It was a very sweet and honest, albeit shaky at times, performance: 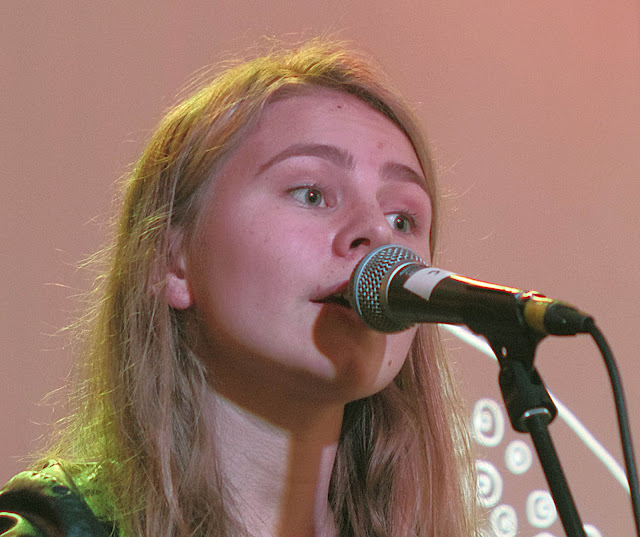 Jóhanna Elísa led a six piece band with her fine playing and singing.
The string arrangements were superb: 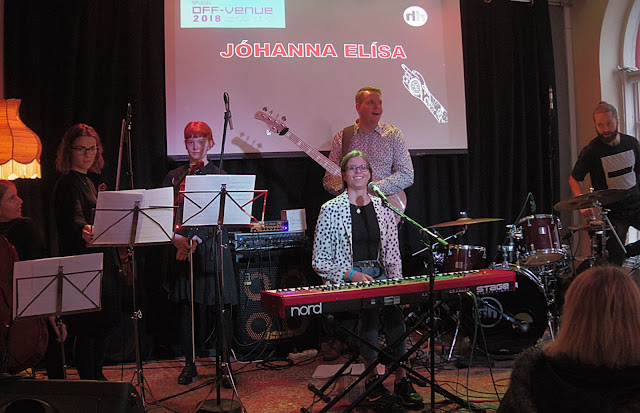 We saw Between Mountains again, this was a much better venue for their emotional songs of the heart: 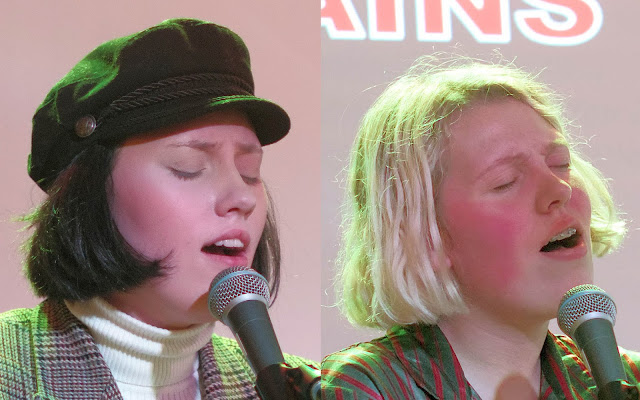 And we just had to stay to see Ateria again. They were in their element here, surrounded by friends and family. There are some very weird currents running through their music, who knows what darkness lurks in the minds of Icelandic teen-age girls? 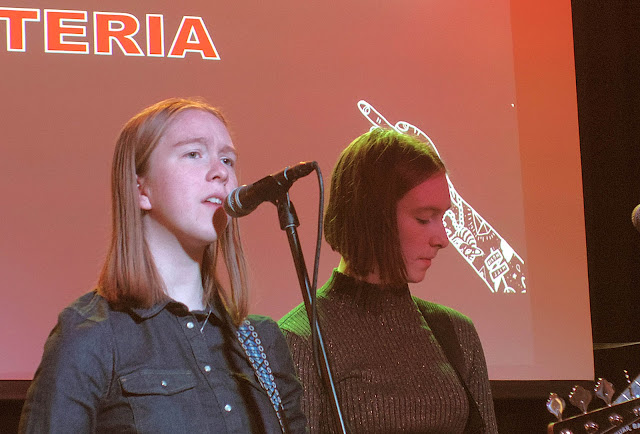 After a break for dinner (monkfish, yum!), we went over to Floí,  a large multi-purpose room in the Harpa complex. The first act was the Faroese performer Eivør, an experienced veteran who sang, played guitar, and wielded a Celtic drum, all to great effect: 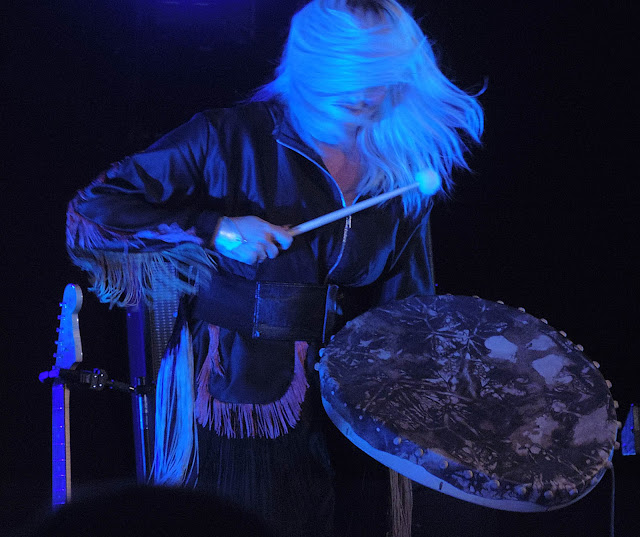 Not so great was the next act, Team Dreams: Sin Fang, Sóley & Örvar Smárason. In fact it was a disaster; quite possibly the worst musical performance of any kind I have ever endured. They announced that it would be their last gig. It sounded as if the band had already broken up  some time ago. An atrocious sound mix turned it into torture:

Finally, JFDR, who I've been wanting yearning to see perform again since I last saw her in Samaris in 2012: 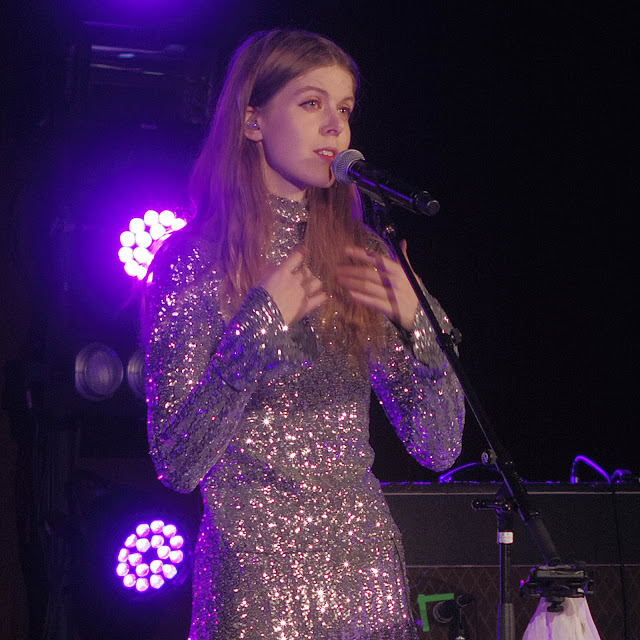 The sound problems continued, almost destroying her set. She did fine when she was on her own—singing and playing guitar—but additional instruments were way out of balance. Various mid-bass and low-mid resonances made for a very unpleasant experience. Others told me that it wasn't as bad in the rear of the room, perhaps I was in a bad spot, although reviews in the Grapevine also mentioned the bad sound in Floí.

Here is a video of one of the songs of her performance:

Here is an excellent interview with this fascinating and intelligent artist (1:00 to 10:00):

Although Airwaves is over, I'll be back tomorrow with more…

What a mix of music,venues, reviews, and the general weirdness of Iceland! Sounds like fun mostly, but occasionally painful. Go soak in a hot pot for a while before you come home. Eat some fermented skate or shark chased with Brennevin and you'll feel like a.... well, you tell me how you feel. Have a safe trip back!

We’re back in frigid Minnesota — it was 30 degrees colder here when we arrived than it was in Reykjavík when we left!

Went out to feed the horses this morning and it was 0F. At least there wasn't much of a breeze.