This is Chapter 22 of The Inheritance, a serial fiction novel on FITK 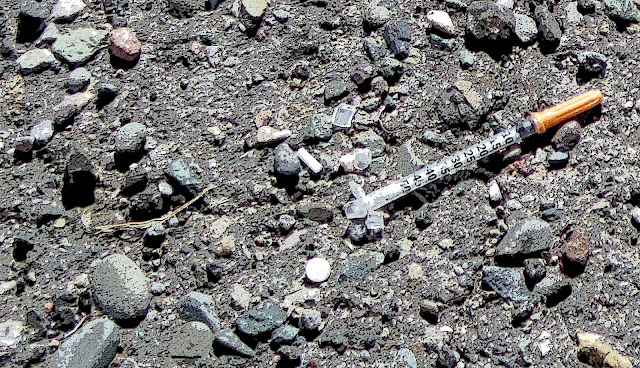 Jo Sanford had spent the day with a mask and gloves and a can of Lysol as she sorted through her late mother’s effects. The cleaning company that she had contracted to remove the furniture and household items told her to take any personal things she wanted, bag the clothing, but leave the bed and bedding alone; they had a special procedure for dealing with those items.  Jo had boxed up the business and legal papers—the documentation of her mother’s entire life—in a single legal box. In the box of her things which she did was a small album simply labelled ‘Jo’—containing photos of her childhood and teen years. Jo stopped her sorting for a minute and paged through the photos. The pictures of her as an infant were more telling for the glimpses of her mother, when her mother seemed happier than Jo ever remembered, smiling at the camera, at her father. Jo’s father left when Jo was six, and the pictures became fewer and blurrier. Just pictures of Jo, her mother had a little 110 camera and she took one roll a year, marking Easter, Jo’s birthday, Halloween and Christmas.  As Jo looked at her younger self she was struck by how solemn she appeared. Her mother had already begun her slide into an alcohol-fueled depression. Jo remembered that these photo sessions were always a trial, mostly  because of her mother’s comments on her appearance. These photo sessions ended in a meltdown on her thirteenth birthday, when no amount of makeup could cover Jo’s acne. The only pictures after that in the album were the occasional odd snaps that Jo had received from her friends, and some of those some were early inkjet prints that had faded badly.

The last image in it was of Jo on her wedding day, alone, without John, her new husband. The only trace of him that Jo found in her mother’s effects was the restraining order that Jo had obtained against him after the second-to-last beating Jo had received at his hands. After the last beating, Jo had hitch-hiked to Seattle, hooking up with Mary and Sean. Jo wondered where her ex was. A couple of years earlier she had heard that he was an addict and homeless. Jo had no desire for a reunion.

After returning to the Tiki Lodge, Jo parked and got out of the car. She heard a sharp snap as she stepped onto the crumbling surface of the parking lot and, looking down, she saw the broken syringe that she had just stepped on. She thought about checking out of the motel, but she decided against it, she reasoned nobody would suspect that she was here and the denizens of the ‘needle park’ huddled at the far end of the lot had showed no interest in her. In the morning, she would drop off the necessary papers with her mother’s lawyer and return to Seattle. She felt as safe here as anywhere. She did, however, wedge the room’s only chair in the entryway of her room before she went to bed—no one would get in that way unless they had a battering ram.

Mary had just put Mareka to bed and then joined Sean on the patio for a nightcap.

“What’s your poison?” she said.

“Fizz water,” replied Sean, “I’m thinking of giving up alcohol. Things are depressing enough as it is.”

“Hmm… I’ll admit that the last four months haven’t been exactly peachy, but I’m not giving in to despair yet. I’m going to have a Scotch,” said Mary, “I’ve talked some of our old ADR crew yesterday… about that preacher in Arizona. They have some leads and found out that there is also someone—not a real reporter—doing research on us and the events eight years ago.  Her name is Barbara Merrit, and she is the sister of one of the techcreeper reporters who died in a car crash on the night Mareka was born. She’s been trying to interview people who were around us then. The ADR guys kept mum, but they had started a file on her, even before I asked. She has also been in touch with that preacher, they’ve already intercepted and read the emails she sent to him. She seems fascinated with Jo.”

“Yeah. Apparently she has pictures of you and her that her brother had taken eight years ago when he was covering us. She was also taking pictures at the riot. One of the guys thinks that she has concocted some conspiracy theory, a theory that the three of us planned the deaths of several people: Billy, the Russian who attacked Jo, John Regelind III and the brotherhood, even Sally O'Donnell. And she even thinks we killed her brother.”


Barbara Merrit had spent the day analyzing the images her brother had taken at the Halloween party in Carkeek park almost eight years earlier. The woman who Marcel DuPage had insisted was Emily Carroll, Sean’s grandmother and the painter who went missing in 1946. Barbara could see the resemblance, but couldn’t accept the fact that if it was true, Emily would have been well over 100 years old. The images were, for the most part, dark but, with a little tweaking, she could make out at least the shape of most of the people in them. The first image of the sequence was Sean and Mary leaving their car with the woman who resembled Emily. The death head figure that Marcel had shown her was the last picture that had Emily in it. There were more of Sean and Mary—evidently her brother hadn’t thought that any of the others in attendance were important. The last picture showed Sean and Mary getting in their car, without the older woman.

“I’m missing something here,” thought Barbara, “Maybe this ‘Emily’ is yet another victim of Sean and Mary. And who knows who, or what, that skull-creature is?”