This is chapter 36 of The Inheritance, a serial fiction novel on FITK 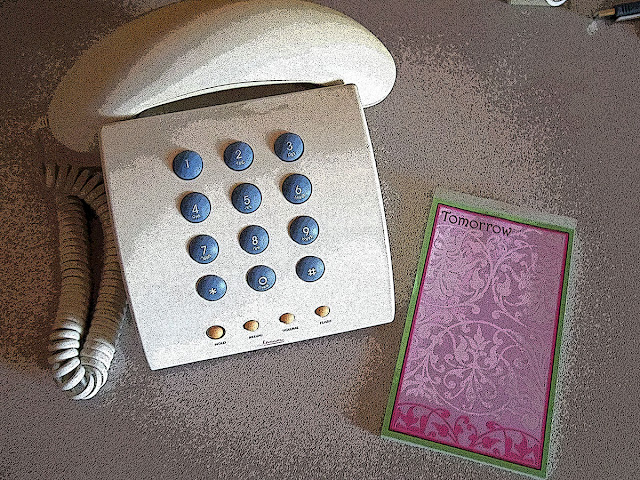 “I dreamed about Jo last night,” said Mareka, “I dreamed that she was in a dark cloud, and I huffed and puffed and the cloud went away. Do you think I cured her? Should we call her?”

Mary smiled as she looked at her daughter over the breakfast table.

“Let’s let Jo sleep in today, she’ll call us if she is feeling better. Speaking of feelings, how are you doing? Let me touch you,” said Mary as she felt her daughter’s forehead, “Feels good. Let me know if you feel hot or achy.”

Sean came in holding a sheaf of printouts.

“I’ve done a voice to text conversion of the conversations we had about Emily’s paintings the other night,” he said, “I’m tempted to just send them en masse to the editor. You were channeling Emily, weren’t you, Kiddo?”

“I guess so! It just comes out,” Mareka said, between bites of cereal, “I dreamed I cured Jo last night.”

“She hasn’t called yet, we won’t know if Mareka is a heal—”

Mary was interrupted by her phone. I was Jo.

“Hey, how are you doing?” asked Mary, “We were just talking about you.”

Sean and Mary looked at Mareka, who was still busy with her breakfast.


In the apartment above the Khorosho Tavern, the two Russian agents were wrapping up their analysis of the contents of Barbara Merrit’s computer and hard drive.

“Outside of the images from DuPage, nothing of what she’s got has any basis in fact. She certainly doesn’t know anything about our activities. I’m recommending that we deactivate the investigation.”

“Should I turn off the tracer I installed in her laptop as well?”

”No, let it run, it may prove useful, we can check it from time to time.”


Barbara Merrit was still confused about her ‘lost night.’ She had gone through her notebooks and daily planner. There was a gap in her memory from the previous Friday until she woke up on Saturday. She was going through her things for the umpteenth time when her land line phone rang. The caller ID read: M.DUPAGE.

“Hello Marcel. What do you have for me?” Barbara found that when dealing with Marcel it was better to cut to the chase to avoid his flowery chit-chat.

“Sean and Mary, and their daughter.”

“Well they have to have been somewhere,” said Barbara, “Why is that important?”

“The so-called nanny, Jo Sanford, is living with them in North Seattle.”

“So their old ménage à trois is still intact?” said Barbara, “What about the mystery woman, AKA Emily Carroll?”

“I spoke with Jo last week, she was evidently hiding something.”

“What? What was she hiding?” Barbara’s patience with Marcel was beginning to show, she waited for a reply then said, “What do you have for me that I can use?”

“There’s no need to get mad at me, I’m only trying to help.”

“I’m sorry, Marcel, I’ve had a tough week-end. I think I may have been drugged.”

“Like the dude in The Big Lebowski? Maybe you should go to classier parties; I can discreetly fulfill your most demanding desires.”

“Good-bye Marcel,” Barbara said as she hung the phone up with a resolute slam in its cradle.

“The Big Lebowski, hmpf,” she snorted, “And who does he think he is, he’s almost old enough to be my father, my grandfather, for chrissakes.”

Looking down at her phone and the notepad lying next to it, Barbara Merrit had a strange feeling. She got a pencil from the drawer and began to carefully shade the notebook’s top sheet. “Just like The Dude and Jackie Treehorn,” she thought. The graphite revealed a place name and an address: Khorosho Tavern 12548 Lake City Way NE.

Now, finally, she had a clue that she could use to begin to solve the mystery of her lost week-end.