This is chapter 37 of The Inheritance, a serial fiction novel on FITK 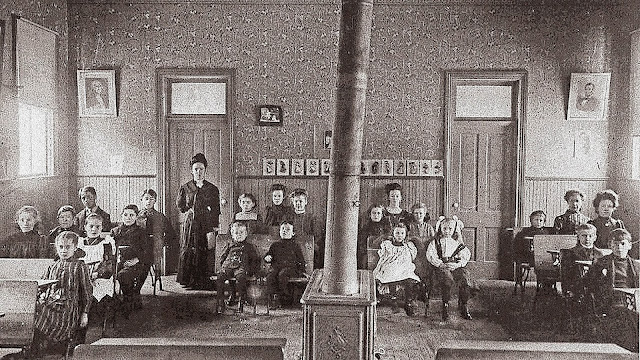 There were three other children that were Mareka’s age in the neighborhood. After several Zoom meetings with their parents and Seattle school officials, Sean and Mary and Jo decided to host a home-schooling variation where the children could meet every morning and deal with their at-home on-line and in-person lessons. The afternoons would be different for each child, depending on their other interests and possible in-school activities. Jo volunteered as primary host, with Sean as a reserve. Mary thought that in the interest of shielding the children from untoward interests it would be better if her history of witchcraft was not mentioned. Sean remodeled the garage into a classroom of sorts with workstations and a ventilation system that minimized the usual cloud of respiratory particles. They had also gotten a forehead thermometer for daily checks.

“There’s only so much we can do beforehand,” said Jo, in the final zoom meeting with the parents and their children and their teacher the day before, “But I’m looking forward to the first day of classes.”

Sean closed the Zoom meeting and sat looking at the blank desktop for a minute.

“Everything all right?” asked Mary, “You look a little stunned.”

“Everything’s fine… Just different,” said Sean, “How about you, Mareka, are you looking forward to school?”

‘The Kids’ were Benny, Sara and Jack, all born within a few months of Mareka. Their parents had meet Sean and Mary through a neighborhood group, first virtually, then in real life with masks and distancing. It had been a month since Jo had her Covid-19 scare, and she had gone for an antibodies test. It came back positive, indicating that she had gotten over the disease. That fact was, in Jo’s mind, disturbing. Was Mareka’s intervention the cure? She didn’t know what to believe. Mary and Sean had been tested for the virus at the same time, with negative results. Mareka and all the other kids and their parents had received Covid tests which were also negative. It was an imperfect answer to the situation, but one they all agreed on, with careful monitoring and further re-checks.

“Here’s to our great new adventure!” said Mary, hoisting her can of fizz water.


Against her better judgement, Barbara Merrit had decided to call Marcel DuPage and ask for his help. She had spent several weeks researching the Khorosho Tavern after finding the traces of its address on her notepad. Property and licensing records were inconclusive; the deed and the commercial permits were held by anonymous holding companies. After what had happened to her a month ago, she was wary of returning to the place alone. With the flamboyant Marcel leading the way while she wore a wig, glasses and a nondescript outfit, Barbara thought that he would be the center of attention and she could observe things without being noticed.

It was twilight when the couple walked up to the tavern. There were no lights on inside and a handwritten sign on the door said: Closed due to Covid-19.

“Well, that sucks,” said Barbara, “Let’s go around to the back, maybe there is someone there who can answer a few questions.”

“Do you really think that wise?” said Marcel, “I mean if these guys knocked you out once, there’s no telling what they might do if we showed up sneaking around.”

“Just a look-see,” she said as they turned the corner, “If we get caught just act dumb.”

“Easy for some, not for all. I’m hardly dressed for a night of slumming.”

In the back of the building there were two unmarked doors. Barbara tried one and it was locked. The other one, however, opened to a stairway that led up to the second floor. there was a feeble light at the top that showed a hallway beyond.

“Apartments!” hissed Barbara, “Com’on, but do it quietly,” whispered Barbara.

“Not in my job description,” hissed Marcel, but he went up anyway.

At the top of the stairs was a hallway that went the length of the building. There were four doors, two on each side, with the expected numbers: 1, 2, 3, 4. There were no signs of occupancy—it was quiet and no light came from under the doors. Barbara tried the first door—it was locked—and going down the hall the result was the same.

“This is creeping me out,“ whispered Marcel, “Let’s get out of here.”

When they got to the bottom of the stair well there was a door that they had walked past in their eagerness to explore the apartments.

“I’ll bet this leads to the tavern,” said Barbara as she tried the knob. It stuck for a moment but when she twisted again it opened, revealing a hallway. The stale odor of food and alcohol was in the air. Marcel and Barbara turned on their phone lights and a grimy passageway was revealed. They could see the darken restaurant at the far end. An alcove on one side caught her attention and they went in. “I’ve been here before,” she said, looking at the table, “I can feel it.”

She sat down in one of the chairs.

“Here. This is the spot. Marcel, sit on the other side of the table.”

Marcel sat down. There was a cheap LED tealight on the table next to a drink menu. He flipped the switch on the bottom of the light and a feeble glow emerged.

“It’s coming back to me now,” said Barbara, “Turn off your phone light.”

With their lights extinguished, sitting in the light cast by the feeble ‘candle’, Barbara’s memory opened up.

“I remember talking to a man with a mask. I remember a waitress—Nadia was her name—she came in with drinks, and drank, then I began to feel so strange.  The man said he had been watching Sean, and I began to feel dizzy, and the man said ‘Sergey’ and then I was lifted up and then… then there was nothing.”

“I don’t want to be the damp blanket here,” said Marcel, “But we must get out of here, NOW! There are really bad vibes in this place.”

Barbara nodded and they went back to the hall and out the door.


On a monitor in apartment #4 above the Khorosho Tavern, Sergey Limonov watched the couple leave the alley and go around the building. He switched to the camera on the front of the tavern and saw them get into Barbara’s car and drive off. He assembled a timeline of the footage of the couple from the time they arrived until their departure.

“Некоторые дураки никогда не узнают” he said to himself as he hit “Save.”


Next Chapter: Truth and Consequences