This is chapter 35 of The Inheritance, a serial fiction novel on FITK 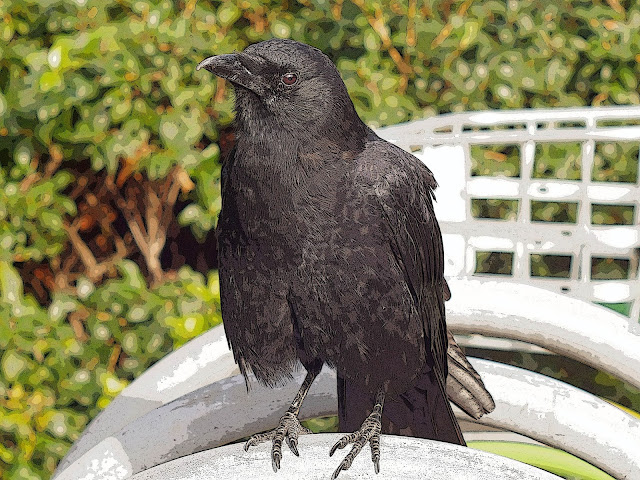 Barbara Merrit woke with a start.

The sunlight was streaming through her bedroom window. She was lying on her bed, fully clothed, with the blanket from her couch draped over her. She tried to remember what had happened the night before and how she got home. She got up and looked around her apartment. After a cursory examination everything seemed normal, so she went into her office. Her laptop and iPad were plugged in as usual and the papers she had on her desk were undisturbed. She went into the bathroom and took off her clothes to take a shower. Everything was as it should be. She stepped into the shower and began to wash herself. She noticed a tiny red mark on the inside of her left forearm. “A mosquito bite?” she thought.

After she was done in the bathroom, she went to the kitchen and started making coffee. Next to the coffee pot was her landline phone. She had a momentary feeling that the phone had some relation to her mysterious state. She checked the messaging and the C.I.D. history but both were blank. “That isn’t right,” she thought. The notepad that sat next to the phone was empty as well. Again she got the feeling that the key to the mystery was right in front of her. After she drank some coffee, Barbara went to the living room and got her jacket and purse from the couch. She would sometimes leave it there, but would usually put it away on a hangar in the closet next to the entry. She went through the jacket pockets and found her iPhone and car keys in their regular spots. “Normal,” she thought, “And now for the purse.”

She opened it and began to check its contents.

“This is wrong.” she said out loud.


Mary walked into the kitchen. Sean was drinking coffee and scrolling through his iPad.

“Don’t ask,” Mary replied, “I love your grandmother, but she can really mess with my mind, even if she’s gone. It’s a good thing that one of us is an early riser… how was Mareka?”

“She seemed chipper,” said Sean, “I think she’s glad that she can contribute. There is a lot of Emily in her.”

“She went out to the back yard with a handful of peanuts. She said something about talking to the crows.”

“Still trouble with protestors downtown,” said Sean, “I know it’s shallow of me, but I am glad we aren’t living there anymore.”

“Haven’t heard a peep,“ said Sean as he looked out the kitchen window, “Her shades are still drawn.”

Mary’s phone rang, seeing it was Jo, she answered.

“Oh Mary, I’m sick as a dog,” said Jo, “It’s Covid. I can’t smell or taste anything. I’m sorry, I must have picked it up in Spokane. I’m afraid you’ll have to be quarantined again.”

“It’s OK, I’ll tell Mareka to leave you alone,“ said Mary, “Is there anything we can do for you?”

“I’m set for a few days, but I’ll start a shopping list.”

“Take care of yourself, we’ll be here for you.”

Mary hung up and told Sean the news.

“Well, I’ve been expecting that to happen to at least one of us, ever since we were in Iowa,” said Sean, “Do you want to tell Mareka or shall I?”

“I’ll do it,” said Mary, “I’ll sneak out there, I want to eavesdrop on her corvid conversations.”

Mary went out the side garage door and then walked quietly around to the back yard. Mareka was sitting in one of the patio chairs while a large black crow was perched in another. There were peanuts on the patio table between them. Mary stepped forward and “joined in” on their non-verbal communication:


The crow then filled his beak with peanuts, gave a quick nod to Mareka, and flew off.

“Yes, I know, it’s another family secret. It is good to be friends with the crows for although they can be loud and mean and scary at times, they will always remember kindness,” said Mary. After a pause she said: “Mareka, I have some bad news to tell you.”

“No, this is about Jo,” said Mary, “She just called and told me that she is sick from the Covid virus. She will have to be quarantined in her house until she recovers.”

“She isn’t going to the hospital?”

“No, not yet. Hopefully she will recover on her own. You know that this means that we’ll have to quarantine for two weeks as well.”

“I don’t think so, but the virus is unpredictable.”

“Dream. Dream sweet dreams for her, my child.”


In the grimy apartment above the Khorosho Tavern, two Russian agents were busy at a computer workstation.

“This is all that was on Merrit’s computer?“ said the larger of the two men. He was pointing to the jump drive that the other had used to transfer all of Barbara Merrit’s files from her laptop computer.

“Da. The key worked perfectly. She’ll never know that they have been copied,” said the smaller man, “The decrypting should be done in a couple of minutes.”

"You put her to bed, with no funny business?”

“The sedative worked perfectly. She should be awake about now, wondering why she went to bed with her clothes on.”

“And she won’t remember last night?”