This is chapter 49 of The Inheritance, a serial fiction novel on FITK 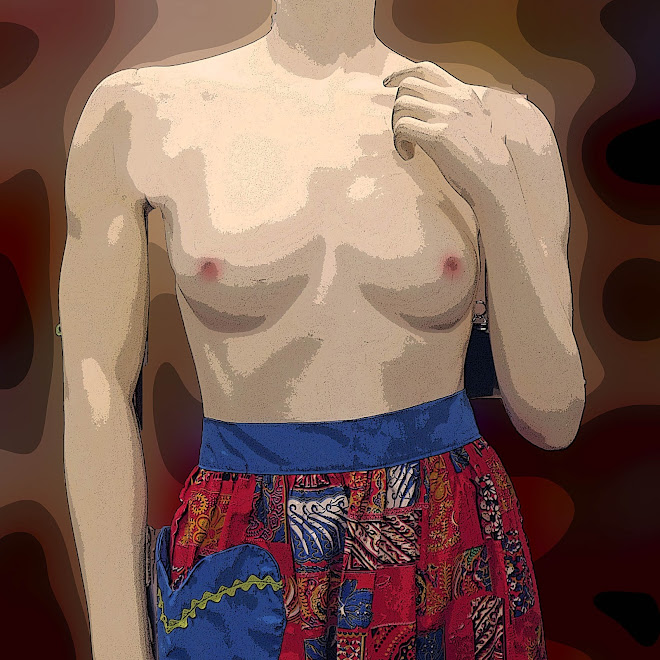 Barbara Merrit and Marcel DuPage had finally scheduled a time for the consummation of their relationship.

It was the result of a bargaining session over brunch. Barbara wanted to suss out if Marcel’s infatuation with Emily Carroll was really over and Marcel was wrestling with the hitherto implausible idea of his settling down to a commitment. They agreed to wait a week, ‘Just to be certain.’ Tonight was the night.

“It’s a game where surrender is the only way to win,” said Barbara, as they entered her bedroom. Pointing to the bed she said: “Upon this soft cushion I will deploy my limbs.”

“’Tis a consummation devoutly to be wished,” said Marcel with a wink, “Two can play at poetics.”

“To die, to sleep… to sleep… perchance to dream; aye, there’s the rub… ” she said, “Let’s make it the small death and sleep can wait until later… after we know each other better, with bare bodkins. Shall we proceed?” Barbara took off her blouse and pulled Marcel close to her.

”There will be no crying in this bed… “ said Barbara as she stepped out of her skirt, “… at least not until your spanking.”

“Spanking?” he said, “Not until after we know each other much better!”

“With bare bodkins,” she purred, loosening the belt on Marcel’s bathrobe.


In the Denny Park tent encampment, John Stroud was looking for a place to crash. He had been sleeping rough since the OD death of one of his customers a week ago. The police knew of his activities, only the heavy rain of the last couple of days had prevented them from conducting a thorough search. He still had customers, so money wasn’t a problem, but he had been put on a watch list for area motels. He could still use his Orca card, but that would only get him so far, and they were patrolled as well. He also had the feeling that he was being followed, his paranoia was growing. He had also struck out with every one in the camp. There was loosely organized gang that had staked a claim to the park and word had gotten out that he was persona non grata there. He was about to leave when two men approached him.

“Mr. Stroud, yes?” said the shorter of the two. He had a definite accent thought Stroud.

“Who wants to know?”

“Let’s discuss this over dinner, shall we?” said the shorter man, ”You haven’t yet eaten, I presume?”

Stroud was hungry and something about these goons struck him as being in a class above the usual rip-off artists that plagued the streets. It takes one to know one, so the saying went.

“There’s a Chipotle on Westlake, it’s just a couple of blocks,” said the taller man, “It’s reopened for dining, the dinner rush should be over so we won’t have to wait. You do have a mask, don’t you?“

Stroud pulled up his bandanna and nodded.


Mary was talking with Mareka, who had just gotten into bed.

“So, another week of school is over,” said Mary, “Are you any smarter?”

“Way much, Mo-mah. I got a perfect score in my math and reading and I only missed one word in spelling.”

“What word was that?”

Mary smiled. It was her favorite word when she was seven as well.

“How are your classmates doing?”

Mareka paused to search for the best word.

“Mo-mah?, You know our family secret, the powers, and Emily?”

“She has some too,“ continued Mareka, “I mean not the same as I do, but sort of like mine. She knew when her father was dead.

Marydid know and she had spoken with Sara’s mother about the Halloween incident. Sean had spoken with Sara’s grandfather. Premonitions were one thing, but real-time ESP was rare. Sara, although saddened by her father’s death, seemed unbothered by having the knowledge of it. She would be a child to watch, regardless of her status in the home-school.

“Some things can’t be explained,” said Mary, “But you don’t have to worry about this.”


“We have been watching you, Mr. Stroud.”

John Stroud and the two ‘goons’ were sitting in a booth in the South Lake Union Chipotle, eating burritos. Stroud’s paranoia had been accurate again, but this time he didn’t feel threatened.

“Well, I certainly appreciate the meal,“ said Stroud, “But I assume this is not a free lunch?”

“Let’s be honest here,” said the taller of the two men, “You are good at what you do, you’ve been able to elude the police in situations where a lesser individual would have lost his nerve and been exposed. As you may have guessed from our accents, we are foreigners, strangers in this strange land as it were. Since the recent election we will lose our previous immunity and must now leave the country.”

“But we have a couple of scores to settle, and need someone who is discreet, efficient and motivated.”

“You have met with Barbara Merrit, is that not so?”

“The reporter, yeah. No motivation needed there. A bitch. What is the other score?”

The shorter goon spoke up:

”You’ve already have the means. A simple injection of 4 or 5 milligrams of Fentanyl will easily take care of a non-user. You know both of these women and should be able to approach them with relative ease.”

“I don’t know where to find them.”

“We do. Oh… and Mr. Stroud… don't try anything funny. We’ll be watching you.”