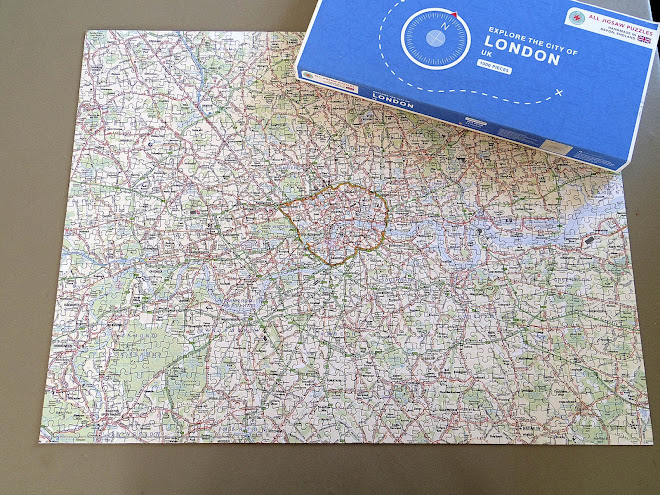 It’s taken nearly a year of Covid Confinement to break me.

Instead of a serene landscape or, perhaps, a cute kitten, I choose the above map of Greater London. It started out well, but after the obvious clues (edges, rivers, the old city's borders) it became fiendishly difficult. The plethora of many similar place names (a lot of “… hams…” and “… hills…” didn’t help. There were even two different towns with the exact same name: 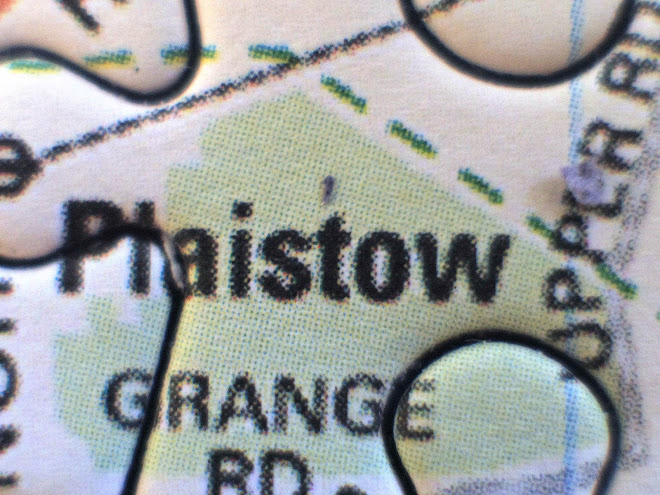 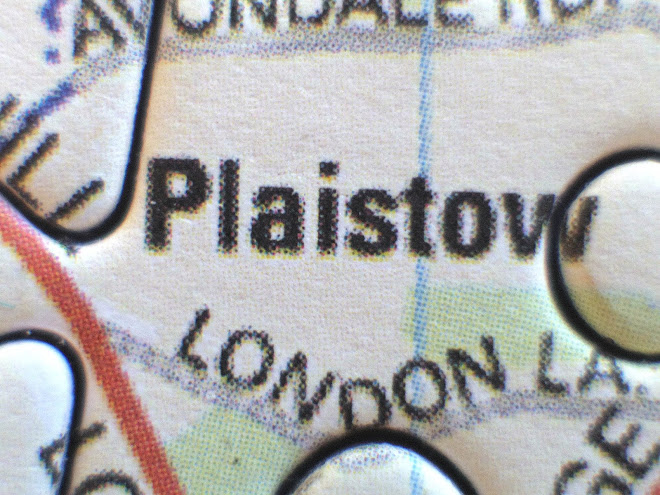 As I progressed I found all sorts of ways to locate a piece: assembling the names, using the latitude and longitude lines, even the almost microscopic train stations helped: 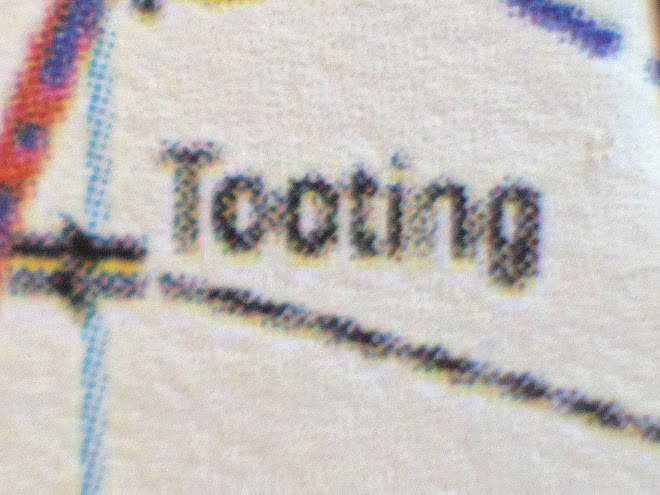 I had begun to doubt my sanity, but then found a Guardian article that convinced me that it was a good thing.

I Dig The Nightlife #5 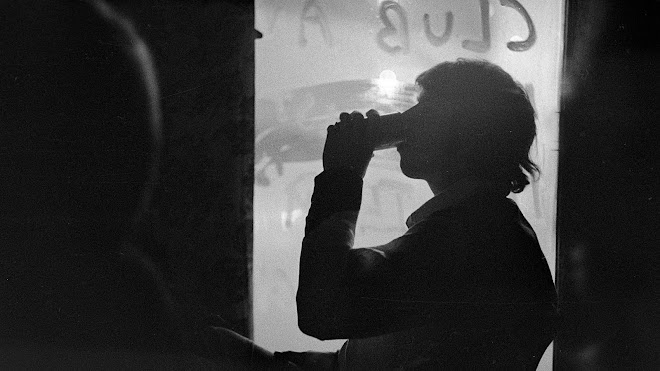 Are You Still Dancing? 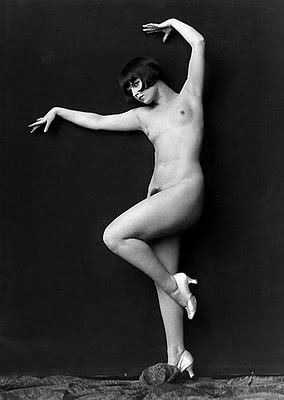 Are you still dancing?

You danced with passion,

The world stopped when you danced.

Then you took a lover.

And you became a mother.

Not so much dancing then.

Your lover looked for other dancers.

So much of the world isn't fair.

And now, now that you are on your own… are you still dancing?

Who will dance with you now?

The music is starting.

I Dig The Nightlife #4 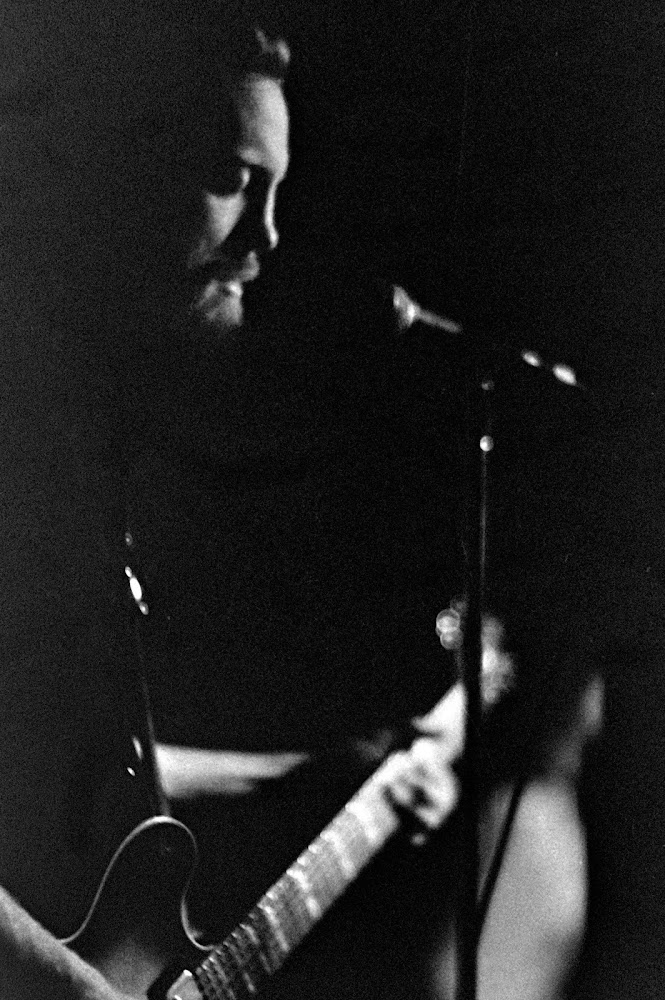 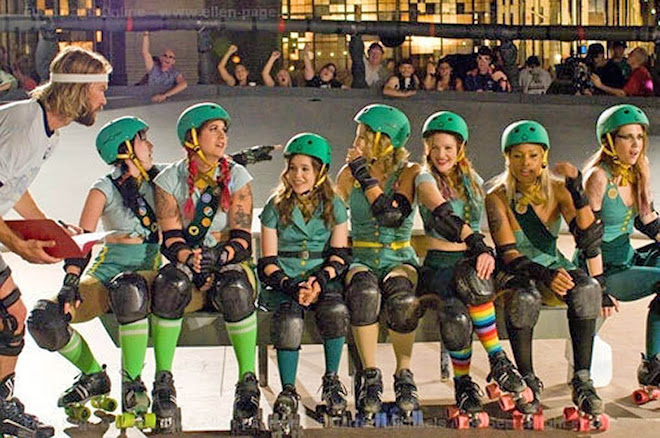 Whip It (2009)
Directed by Drew Barrymore


My movie reviews of Covid Confinement Winter #2 start off with a BANG! and an OOF! and a POW!

This little gem of a film is packed with clichés but uses them so beautifully that I couldn't help but smile. Elliot Page (billed as Ellen) portrays a Texas teenager who is roped into beauty pageants by her mother but finds her true calling in the world of Womens Roller Derby. This is a true “chick flick”, most of the major roles are women, and the men that are in it are supporting the women. A dream cast of A-list actors (and Jimmy Fallon) makes it very watchable, and many of the Roller Girls portrayed are real life Roller Derby participants.

When watching it I couldn’t help but remember the conversations I once had with Jennifer Smith, a real-life Roller Derby athlete who used to come into the photo lab where I was working. We talked about the film; I wondered how accurate it was; she thought it was especially good in how it showed the personal side of the women who were on the teams. Alas! I never did get to see her perform, but those conversations (and the film) made me appreciate a part of culture of which I had been previously unaware. 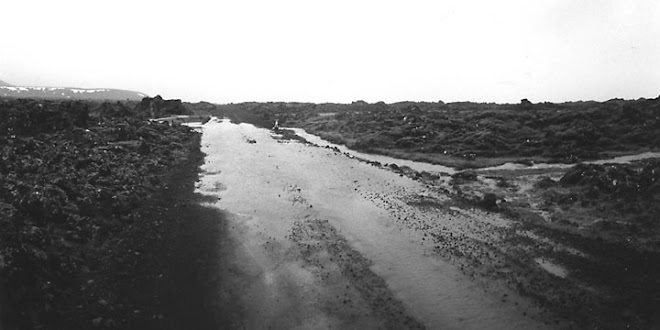 It is usually a bit of an adventure renting a car overseas.

The models have different names, or they may have the same name yet be a completely different car. Or, for some real fun: a right-hand drive with a manual transmission. With globalization, there is more uniformity now, but still there can be surprises. In the U.S., Toyota’s smallest car is the Echo. Overseas (in Iceland at any rate) it is the Yaris. Very much like the Echo, yet somehow different: maybe it's the grill-work, the proportions, certainly the moniker.

The roads in Iceland are of three kinds, Paved (very nice), gravel (black lava gravel, usually ok) and other. I picked up my perky little white Yaris and headed south on 42, to take some pictures in the Reykjanesfólkvangur (a volcanic park of severe beauty.) As the ruggedness of the scenery increased, so did the weather until a gale force wind and torrents of driving rain escalated into what is called in Iceland skemmtilegur. Still, my trusty Yaris held fast. The rain finally did ease up a bit, so I turned west on 427 to see a geothermal area and swing back via the Blue Lagoon. Leaving the hot springs (boiling hot!) the gravel road now snaked through miles of an ancient lava flow.

I took some more pictures here, and then noticed that the road ahead had become a small river! Now, I had seen a few cars come from that way, but none were quite as small as my rental. I carefully proceeded with a vision of my being swept away playing in an endless loop in my fevered imagination. Finally I was through! Then the road turned from OK into other. After a few miles, I found myself driving through a working quarry, complete with heavy equipment. The road was marked by flags every 50 feet or so, but you could also judge where it was by the fact that the actual excavation site looked smoother than the road proper (just drive on the rough spots, right?) And then a GREAT BIG STEEP HILL - WITH A BLIND INTERSECTION AT THE TOP - all this my brave little Yaris handled in stride. So, I would definitely recommend this car to anyone with a sense of adventure and little luggage - my camera bags and tripod took up all the rear seat very nicely.

No AC though, I guess that it's not really needed in ICEland.

I Dig the Nightlife #3 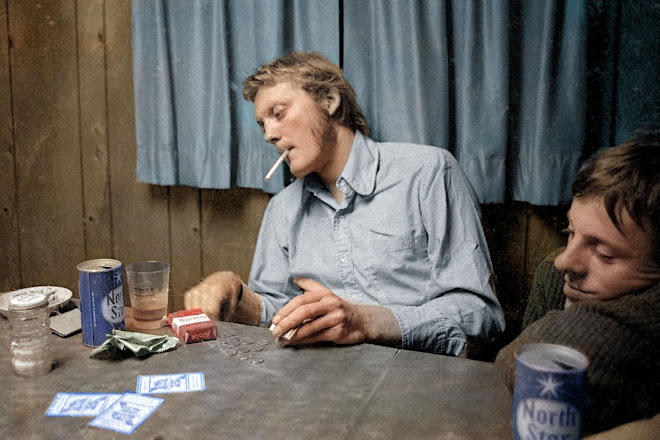 I Dig the Nightlife #2 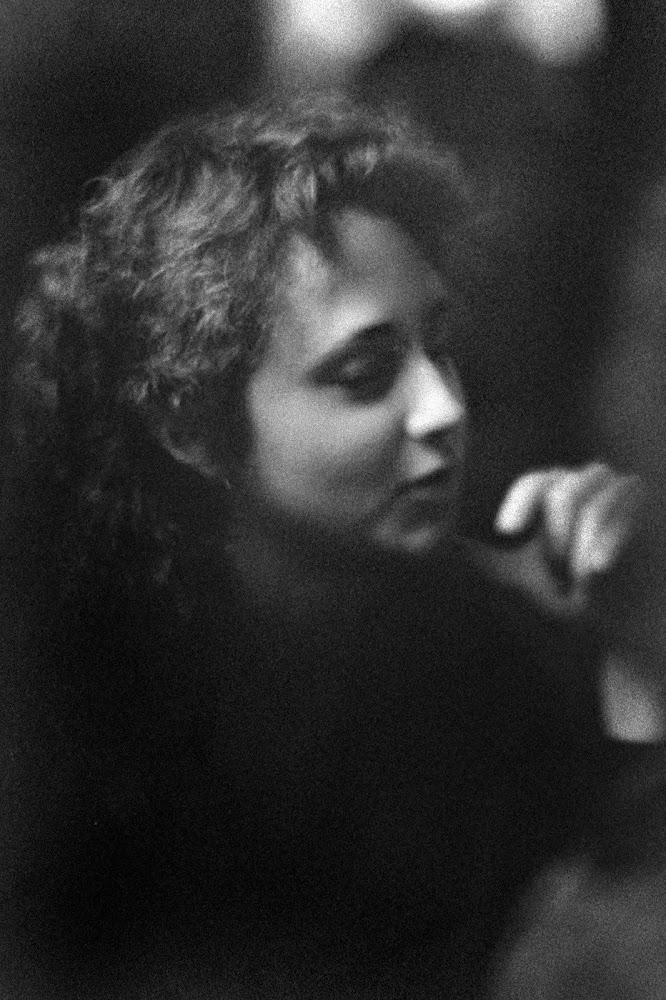 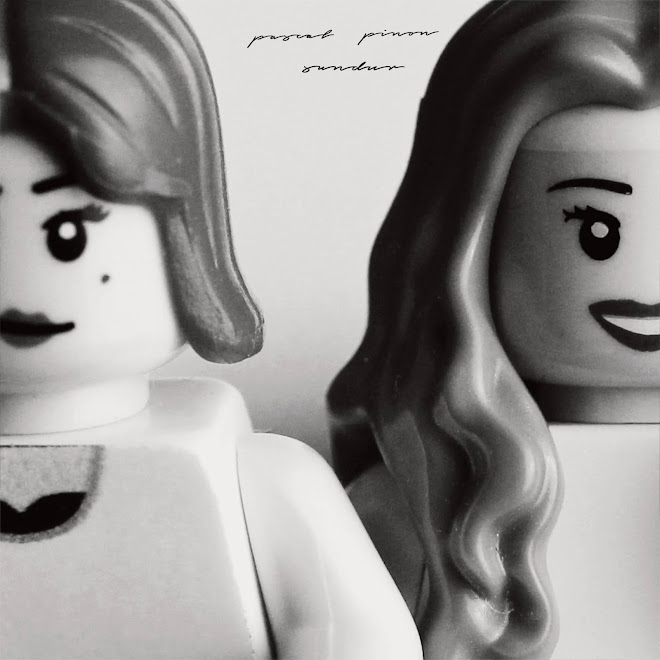 I managed to last ten days into the new year without posting about Pascal Pinon or JFDR.

I’ll rectify that situation today with this video. In it the twin sisters talk about their musical upbringing and perform a wistful song about their separation, a circumstance that led to the Sundur album: 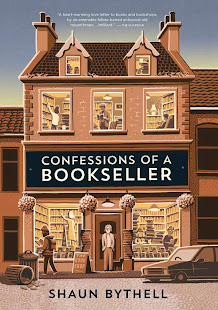 Confessions of a Bookseller
by Shaun Bythell

Seven Kinds of People You Find in Bookshops
by Shaun Bythell

I had read Shaun’s first book, The Diary of a Bookseller way back in 2019 (seems like a whole different era now) and found it to be a hoot. I read the second volume Confessions of a Bookseller during the (first) Covid lockdown and was just as amused.
Bythell’s latest book, Seven Kinds of People You Find in Bookshops was written during the Covid lockdown.

In it Shaun describes, in a most imperfect taxonomy, the various customers he has had to deal with (when the store was open). This is a short book, not as funny overall, but it does have its own moments of brilliance. You don’t need to read the other ones first, although they do tie in with the themes expressed in this one.

As much as Shaun would hate to hear me say it, the three books, together, would serve as a basis for a smashing BBC TV series. 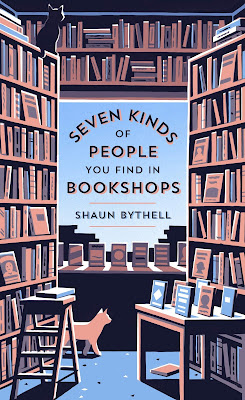 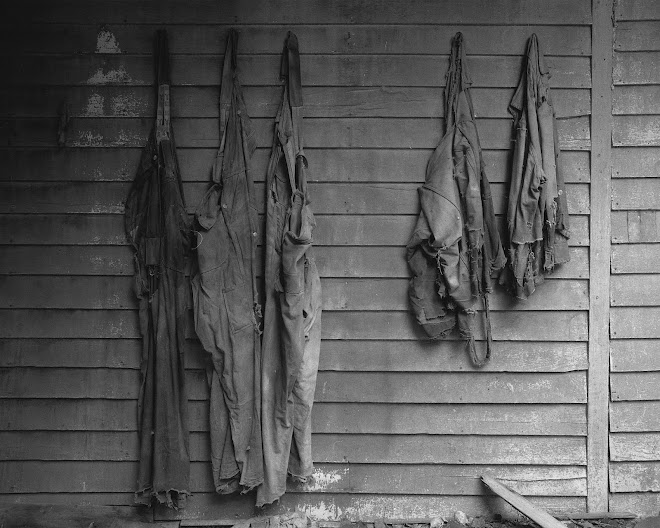 My days of toil are over, I’ll leave my work clothes on their hooks. 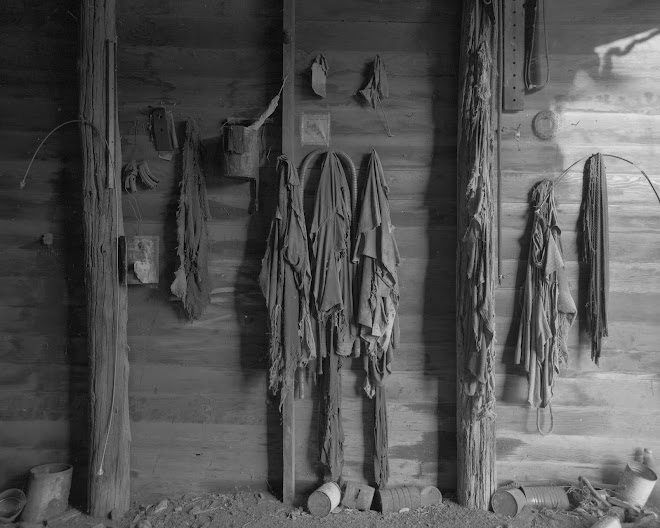 I've used them enough, God can put them away. 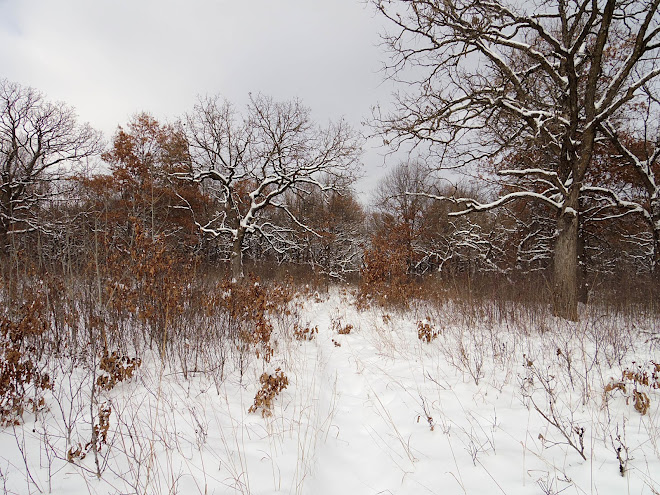 With proper clothing the cold temperatures of winter can be dealt with, at least up to a point. The snow, however, can be deadly (There are times when its best to leave the car at home) or delightful—if one has access to a suitable hiking area and a pair of snowshoes. A whole new world awaits you. I’ve written about the Anoka Nature Preserve before, in the summer and fall. It has been transformed by several inches of snow, the paths through the woods (which are full of thorns, burrs and deer ticks in the summer) become a snowshoer’s paradise. One advantage of the traditional snowshoes (old-school Ojibwa for me) is their ability to traverse unbroken snow, via the “float”, in a way that the modern ones can’t. Conversely, the traditional ones do not work as well on packed (groomed) snow.

One of the more subtle joys of being off the beaten trail is eating fresh, unsullied snow. The ice crystals explode in your mouth and, if you have worked up some body heat, cool your innards in a most delightful fashion. 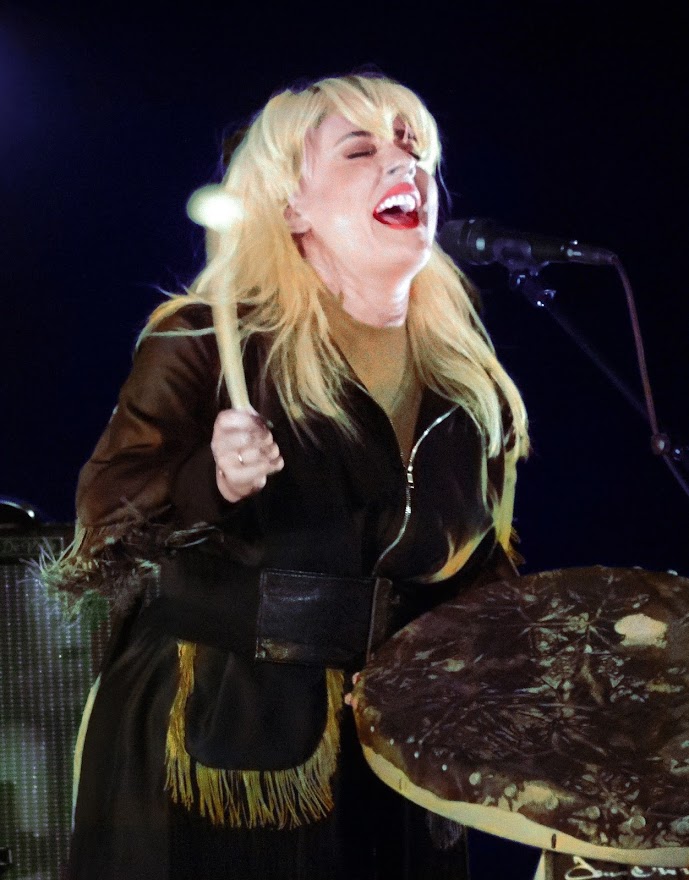