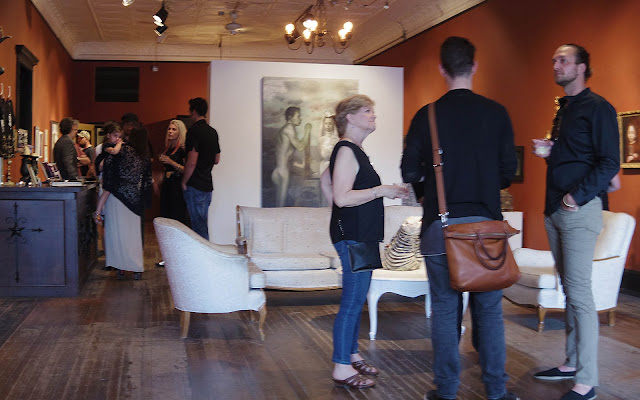 I attended an art opening last week where one of my favorite artists had some of her work up in a gallery in Northeast Minneapolis. A late-summer humid warm spell gave the non air-conditioned space a sultry vibe, perfectly suited to her atmospheric paintings. When I caught the artist’s attention, she came over and we had a short chat about her art and the neighborhood. 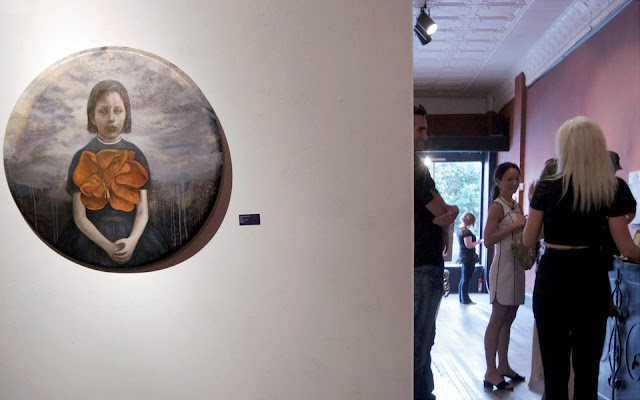 While I’m not as good at small talk as I used to be, and I really did enjoy talking with the artist, I don’t want to be a creepy old man who follows her around. I’ve bought some of her work in the past, I hope she judges my taste by those things I have purchased. Any struggling artist leads a hard life and I’m happy to support her in my small way. 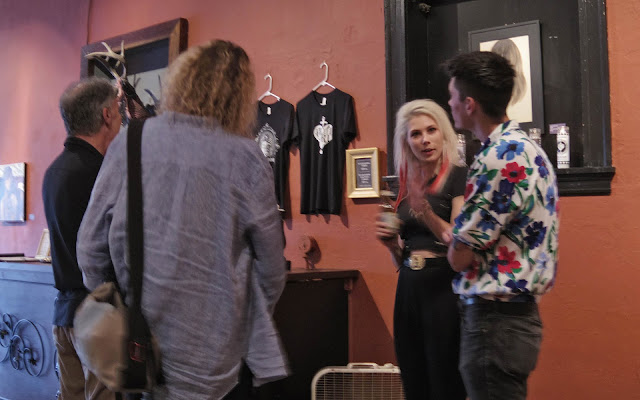 I always feel like an imposter at these soirees. I hardly ever see anyone I know and I’m usually the oldest person there. My days of trendy dress and hipster-ish behavior are in the distant past. This event was better though, it always helps to have children around: 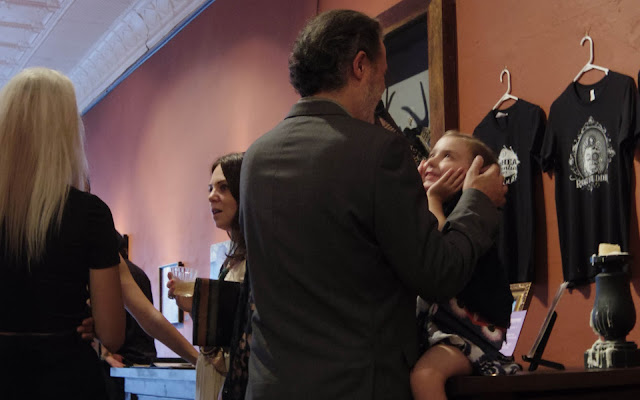 I had spent many an evening in the neighborhood and the memories of them were benign. Non-threatening ghosts were swirling all around me: a dance where I had played 45 years ago was held in the ballroom directly above the gallery, the theater where I had seen a memorable play was on the same block, a record release party held on the next block. Many memories, all within a stone’s throw. After I got in my car and began to drive away, the Páll Óskar song Betra Líf came on my car’s MP3 player. It was the poignant concert version; a bittersweet musing on desire and fulfillment:


I just look around and see
All of this beauty that is near to me
I had put that aside, it was only a stalemate
Now I'm at the right time and in the right place
Who can I thank for that?
I opened my eyes and my heart…

At the end of the block I drove past the bar where I had worked in the early aughts. Across the street from that place was another bar, a place where I attended a mini-reunion with some of my high-school classmates. Swinging over a block, to the county road, I soon came across a restaurant where I once had a dinner with my late brother-in-law and his mother. All gone now. A block beyond that was the funeral home where I had been last year, paying my respects to an old classmate.

Ghosts everywhere. A few blocks further on there was the club where I last saw Frankie Paradise play thirty years ago. Beyond that was a whole block of houses—surrounded by a tall chain-link fence—that had been condemned. It was where my niece and her now-divorced husband used to live. Nothing like urban renewal to completely erase the memory of a relationship gone bad.

When I got to the parkway exit I left the county road. To the left of the exit the bridge over the railroad switching yard was still closed, has it really been under repair for 10 years? Going to the right, the parkway skirted the golf course and when I finally got back on a through street, I was only a block away from where Dan used to live. Dan had aspirations of art too, even going so far as to have his place be a stop on the Art-A-Whirl one year. Dan is gone now too, another ghost.

Nice translation! Glad I'm not alone in feeling a bit like a creepy old man when talking to young women and finding them interesting. I better get used to it, I suppose as I doubt that I'll get any less creepy with age.

If I could only turn back the hands of time…