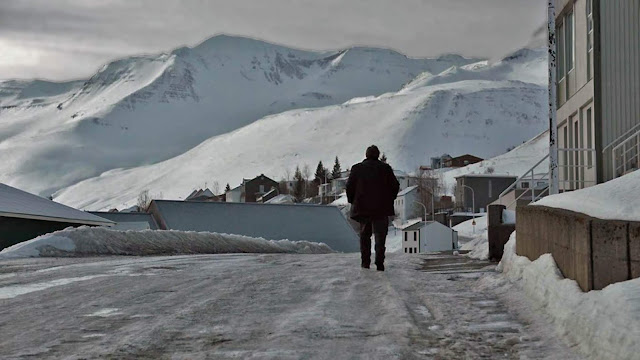 Part of my recent Tucson mini-vacation was spent in Iceland. Not content to spend my days in the sun while basking in mid-70s temperatures, I had to get some blizzard action so I wouldn’t feel too guilty about missing the polar vortex.

The place where we stayed had the Icelandic series Ófærð (Trapped!) on Amazon Prime.

This is a crime drama that takes place in a remote port in Northern Iceland. A ferry comes into port at the same time a human torso is fished out of the bay. The town’s skeletal police force is pressed into service and things are further complicated when a major storm cuts off air and road access. The ferry is impounded but a fugitive manages to escape from it in a delivery truck, setting off a cascading stream of events that threatens the townfolk, already under a storm alert. The locations are all real, it is as an Icelandic experience as you are going to going to get without boarding an Icelandair jet.

Created by Baltasar Kormákur, Trapped! is full of notable Icelandic actors, all of them great, but this situation caused some problems on my part. I've seen them before in films, some of them many times, and many of them in person as well. While we only watched a couple of episodes, I had seen my fill, it really was kind of depressing (and we had to fly home before we could finish watching.) I’m sure that someone just discovering Icelandic drama would be enthralled—me, not so much. There are eight more episodes in season 1 and another ten in season 2. If you are up to to binge-watching a creepy and chilly crime drama, you could do worse. 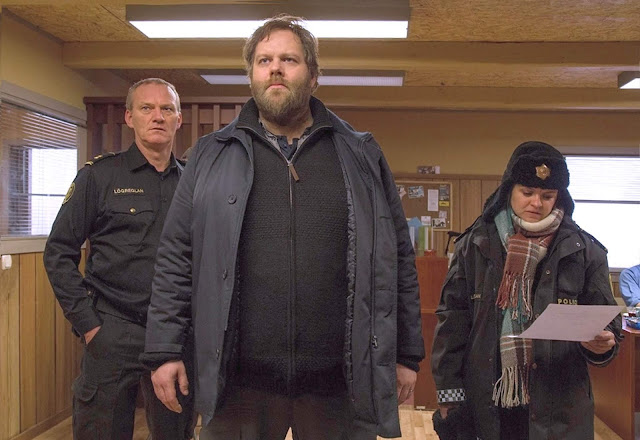 It gets better after those episodes and goes places you wouldn't have thought. There are a couple of episodes of season two available and I will start watching those very soon. I do love the setting and develop a fondness for the characters the better I get to know them.

I was just about to spring for Amazon Prime to get this but now that I've seen some of it (and th rest of what AP has to offer) I'm glad I didn't. I'm just a tightwad, it's true!

I see that Fortitude and Trapped! even share one of the actors!