The Weaver and the Professor.

Two party animals on the prowl.

Leave your heart at home.

Living on the edge.

Their psychology is flying.

Flippism is the Key will return Friday. 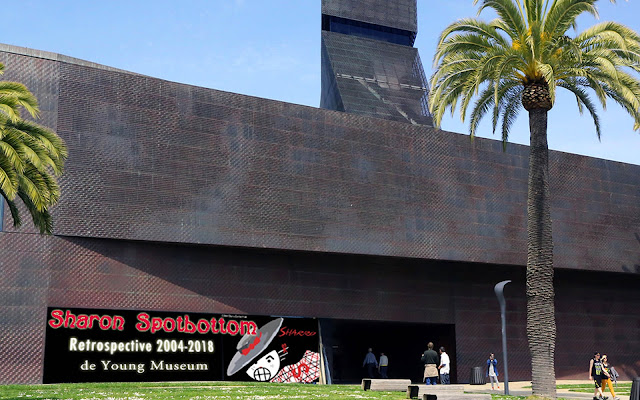 We meet at last! 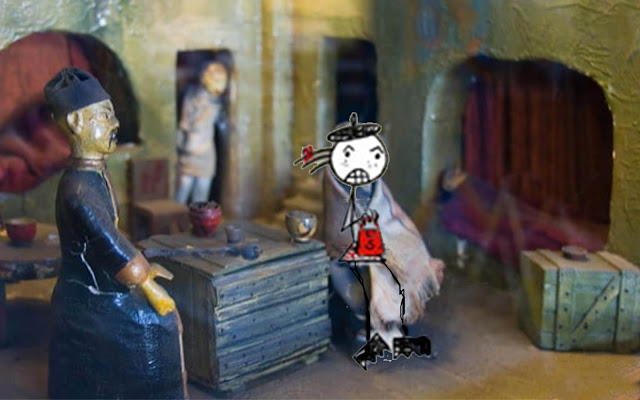 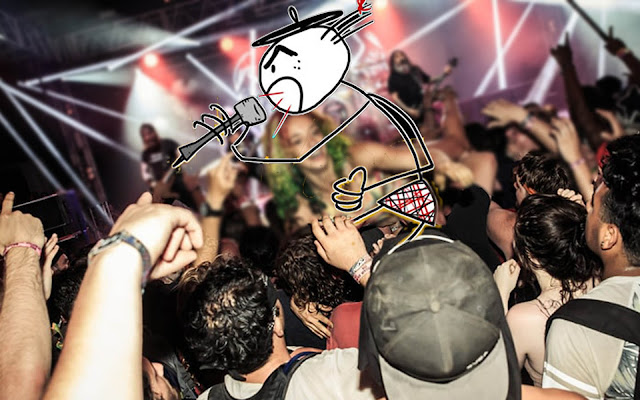 Sharon: Master of the mosh pit. 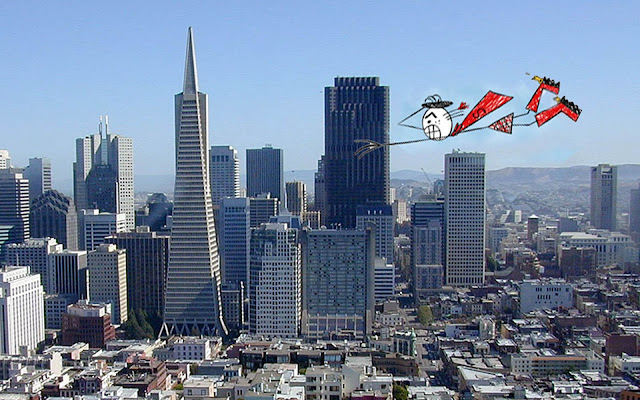 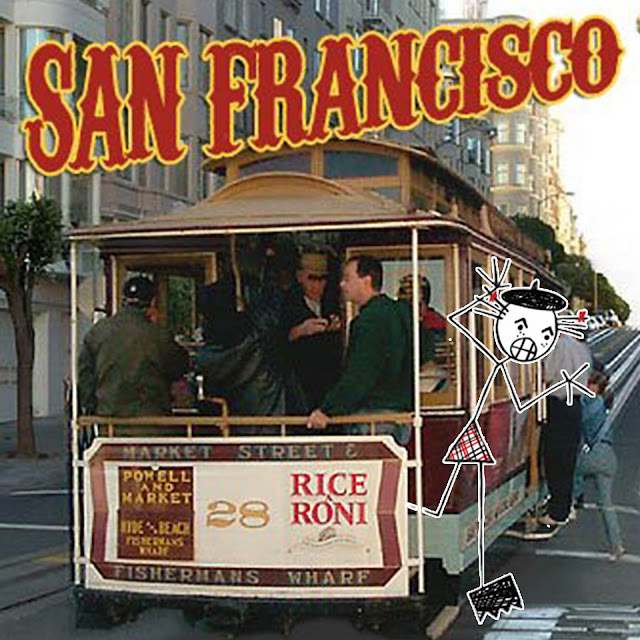 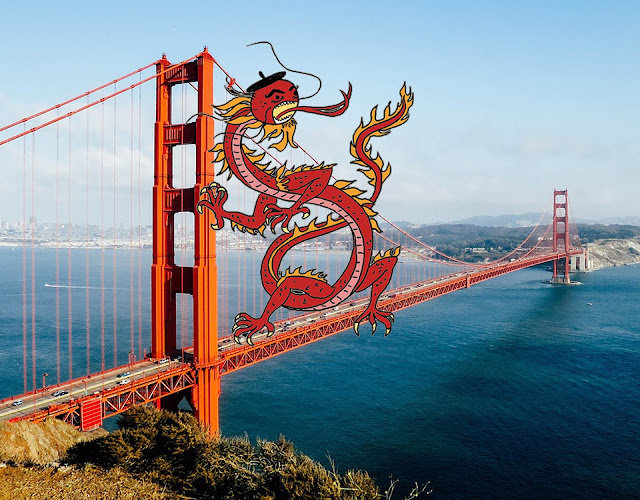 Tomorrow morning will find me jetting to sunny California, looking forward to seeing all the sights (and a very special date with Sharon Spotbottom!) 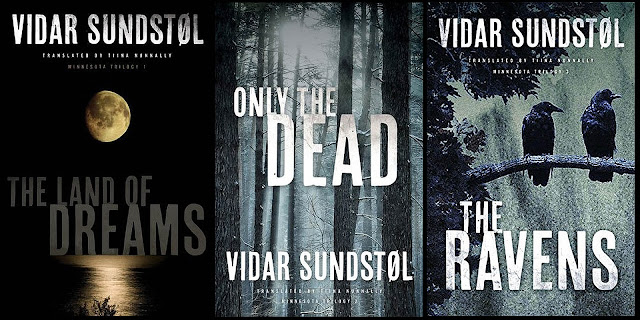 The Land of Dreams
Only the Dead
The Raven

My winter of Scandinavian murder mysteries takes an inside-out turn with these books set along Highway 61 on Minnesota’s north shore. The author is a native Norwegian who lived in the Arrowhead district between Duluth and Canada for several years. He put his considerable powers of observation to work on the peoples, cultures and geography of this location, overlaying it with an appreciation of its history. The story centers on a “forest cop” Lance Hansen who becomes involved with the a brutal murder of a Norwegian tourist near the shore of Lake Superior. It is spread out over three books, with the bulk of the middle book consisting of flashbacks to an incident that occurred in the area over one hundred years ago. There is a great amount of detail in the trilogy: history of both immigrants and Native Americans, local businesses, family dynamics, and the personal struggles of the protagonist. I do think that the three books (700+ pages total) could have been made into one shorter book that would have had just as much impact. That said, you never want a well-written book to end, right?

The translator is the incomparable Tiina Nunnally, you won’t find a better one.

These books were a big hit in Norway. It was very interesting seeing what a gifted foreign writer can do with a novel set in my own home state. I wonder if Jono has read these?

Here is a great interview with the author as well as in-depth reviews of each volume of The Minnesota Trilogy. 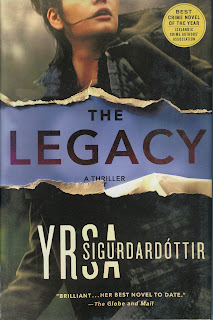 It is always a treat to follow a good writer who is getting better.

I have read most of Yrsa’s previous books; the Þóra Guðmundsdóttir series as well as the stand-alone The Undesired. This is the start of the new Freyja and Huldar (Children's House) series. First published in Iceland as DNA, Freya is a child psychologist and Huldar is a newly promoted detective, they are unwillingly thrown into a murder investigation (they have had a brief fling together previously) that soon spirals into something much larger.

This is a proper “thriller”, there as several scenes of almost unbearable horror and suspense. The plot is complex, but Yrsa gives the reader plenty to chew on as it twists and turns on its way to a satisfactory conclusion. There are three more novels in the series, not yet translated, English readers will just have to wait. If they are as good as this one, Yrsa is on a path to usurp Arnaldur Indriðason as the leading Icelandic mystery author. She made a good decision to go with dual protagonists; their awkward interaction keeps things interesting.

Although the plot revolves around quirks in Icelandic law and society, it isn’t a very atmospheric book. Those looking for their “Iceland fix” of places and scenery will be disappointed. It could have easily been set in any Scandinavian country, or even Scotland for that matter. Victoria Cribb’s translation is seamless. 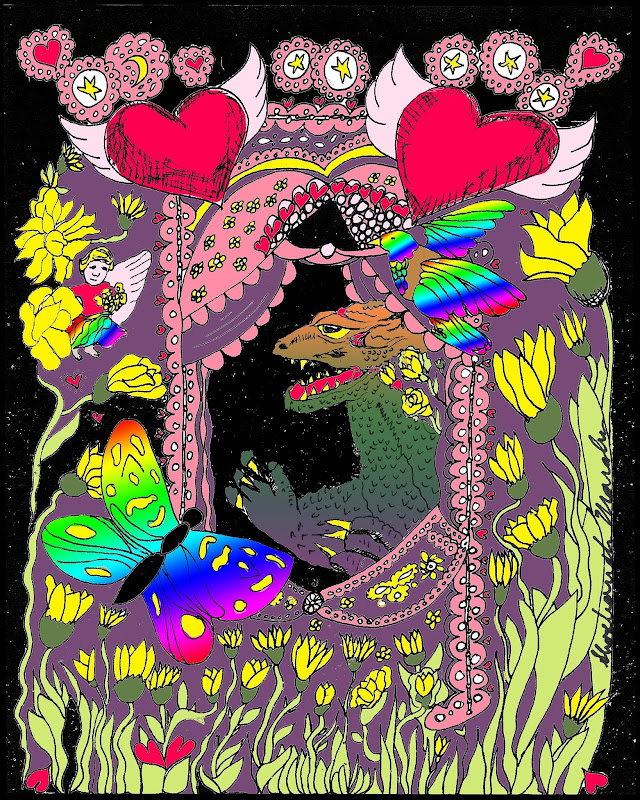 Watch Shoshanah at work, creating the card in stop motion:

You can get fine art like this delivered to your mail box too by becoming her Patreon sponsor or you can Shop Shoshanah!

… and the sky’s gone black.

Oh man, this one hits hard.

Of all the Icelandic musicians I've had the joy of seeing perform, Jóhann was the most challenging. I saw him perform in Iceland—three times in two days—each group was completely different in personnel and material. Apparat Organ Quartet was the most visually stunning, four keyboardists playing vintage electronic instruments in front of a big crowd in the Art Museum:

The following night Jóhann performed with a string quintet at Fríkirkjan,  doing the premiere of his IBM 1401, A Users Manual, album. Later that night he joined his buddies in Evil Madness improvising “soundtracks for an imaginary horror films.”

He came to Minneapolis in 2009, featuring compositions from Fordlandia:

He came back to Minnesota in 2016, with a show featuring songs from his album Orphée as well as a greatest hits "medley" with another string quintet:

There are numerous videos of his work on YouTube; you could spend days exploring them all. The best tribute I found to Jóhann was from Seattle-based KEXP radio, with links to his excellent performances on their shows.

BTW, he was an award-winning film composer, as well. 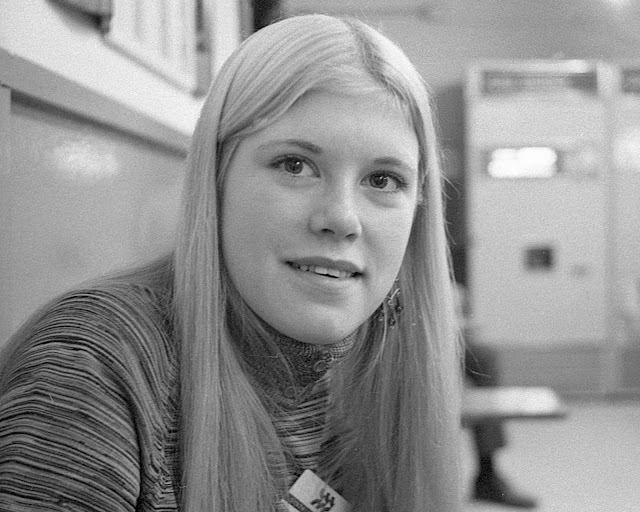 I was working two floors below street level under sickly green fluorescent lights, amidst oceans of cardboard, surrounded by walls of drab concrete,  an uninspiring job only made bearable by the inherent goodness of my co-workers. I’ve forgotten the name of the young woman in the photograph although we did interact some, I even had her in my darkroom once, showing her the basics of photography. Then one day she was gone. I never saw or heard of her again. It was good experience, though. Person to person, straight-up, no hanky-panky, two souls sharing a moment in time.

The miracle was her existence. 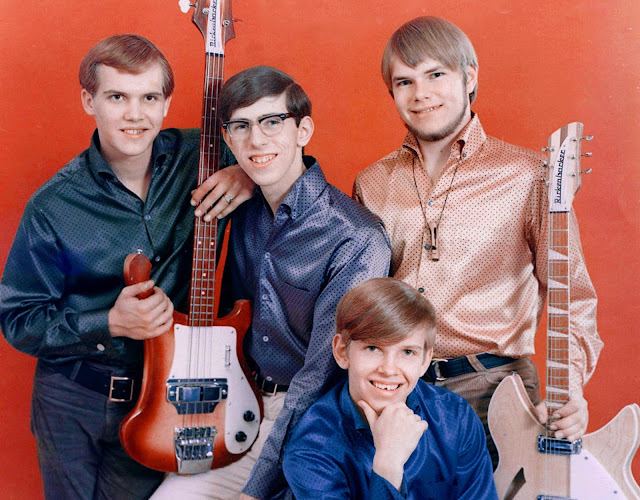 Another look back the Mid-America music scene. One Twin-Cities based group that had a Top-40 hit in the mid-sixties was The Castaways. Liar, Liar was on the soundtrack of the 1987 film Good Morning Vietnam and was later covered by Debby Harry in bizarre 80s-pop. Her version also had some success on the charts. The band I'm in (who will be playing at our 50th high school reunion) will be including it in our local music set, so we had to learn it. The lyrics aren’t exactly “deep”:


Liar, liar, pants on fire
Your nose is longer than a telephone wire

Ask me, baby, why I'm sad
You've been out all night, know you've been bad
Don't tell me different, know it's a lie
Come to me me, honey, see how I cry

Why must you hurt me, do what you do
Listen here, girl, can't you see I love you
Make a little effort, try to be true
I'll be happy, not so blue

Liar, liar, pants on fire
Your nose is longer than a telephone wire

If you keep on tellin' me those lies
Still goin' out with other guys
There'll come a day when I'll be gone
Take my advice, it won't be long

When that day comes, won't be mad
Be free of you, but I'll still be sad
In spite of your cheatin', still love you so
I'll be unhappy I let you go

Liar, liar, pants on fire
Your nose is longer than a telephone wire…

It’s easy to see why the girl in the song would be tempted to cheat on such a immature, self-centered whiner!

The tune, however, was unique and one of the better pop songs of that era: with a chorus that everybody knew from childhood, a catchy guitar riff, and an ominous organ bridge after each verse. After it hit, The Castaways went out to California and appeared on several television teen-music shows and even had a cameo in the legendary film It’s a Bikini World.

Here's an awkward video from 1965 featuring the Castaways on the short-lived teen-age soap opera Never Too Young featuring Tony Dow (Wally from Leave it to Beaver): 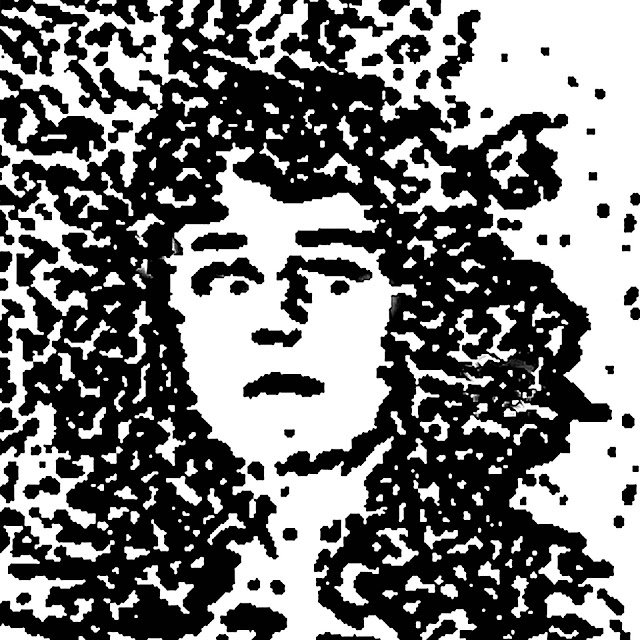 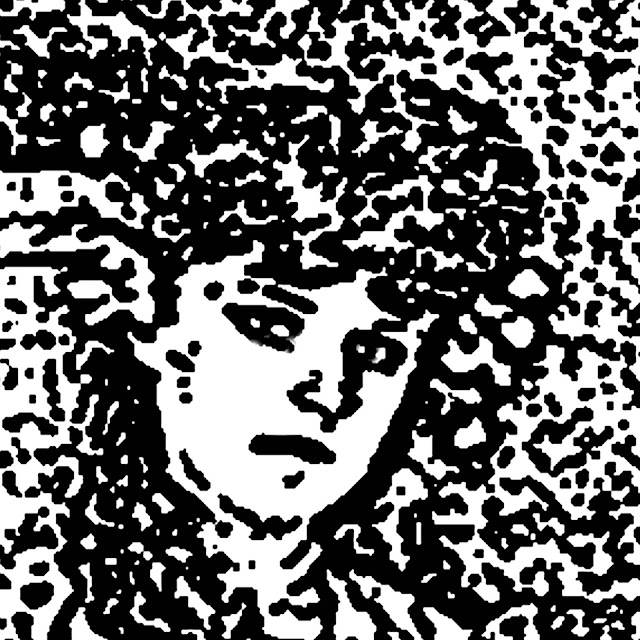 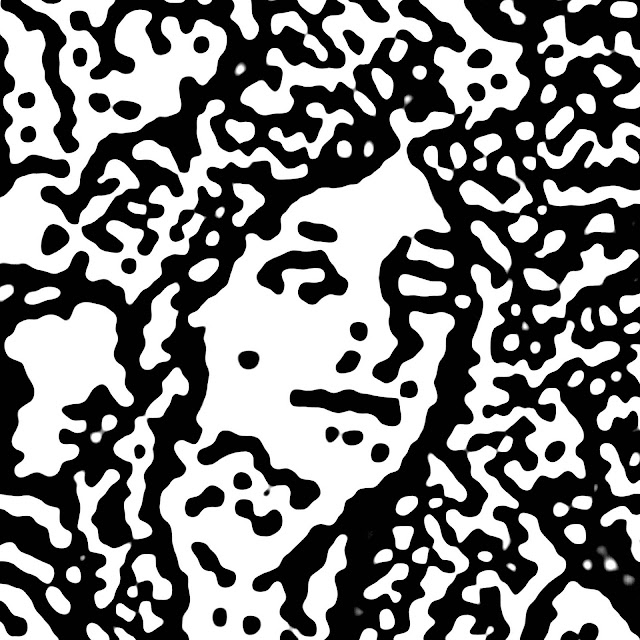 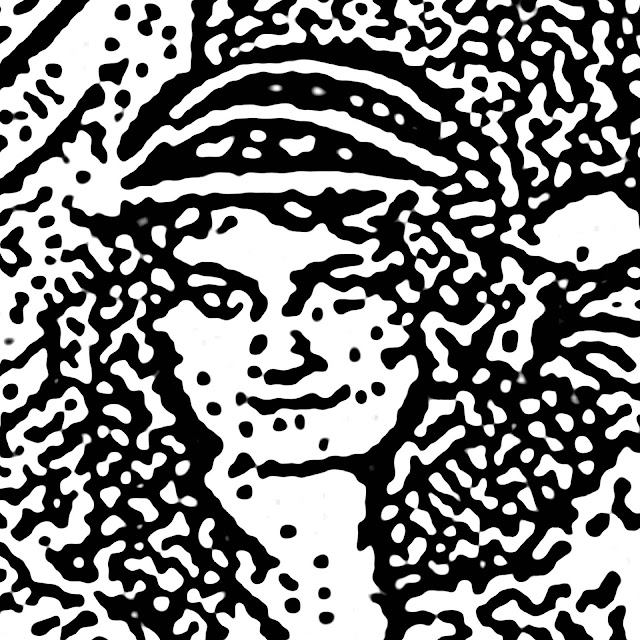 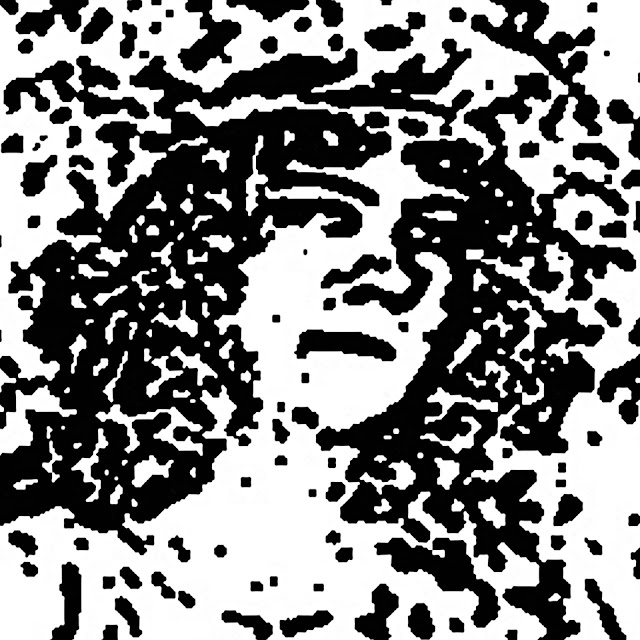 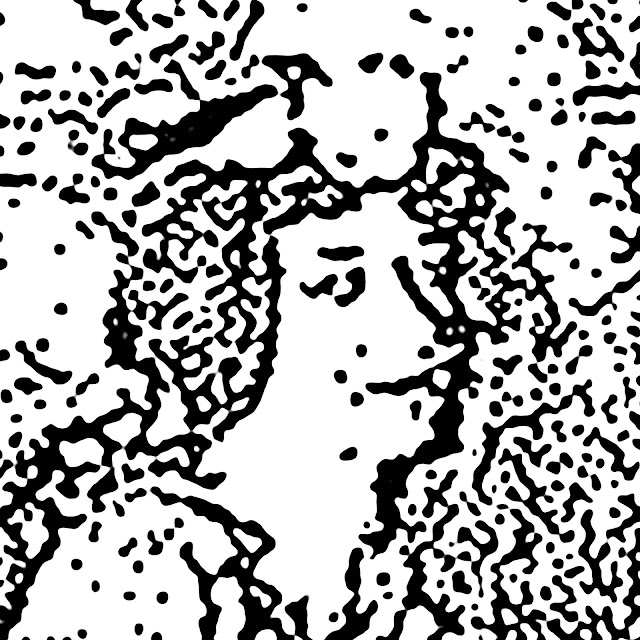 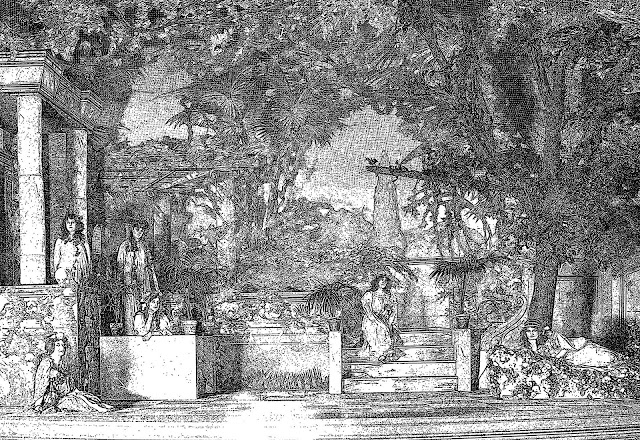 My midwinter reading has taken a sharp left turn.

Night Vale is a fictional desert town, somewhere in the American Southwest, where ghosts, aliens, cult religions, the banning of wheat and wheat by-products, and sinister government conspiracies are just a normal way of life for its citizens.

I first heard of the Night Vale phenomenon via one of Shoshanah's tweets (thanks… I think!) and since my local library had all four books I picked them up and “devoured” them over the last week. Not all literature has to be serious and this collection of well over 1000 pages of lunacy is on the very silly end of that spectrum. Among the various characters in the series are: a group of “scientists” whose dubious experiments are interrupted by mysterious sinkholes, angels, a “glow cloud”, mysterious hooded figures, proselytes of The Joyous Congregation of the Smiling God, a PTA treasurer and her shape-shifting son, a very unhappy surveillance helicopter pilot, the Director of Emergency Press Conferences, various ‘Troys’ and, binding it all together—Cecil, the voice of the Night Vale Community Radio station. No conspiracy trope escapes skewering and the byplay between characters is often quite amusing. Welcome to Night Vale and It Devours! are novels; they take their own sweet time in developing but after awhile they pick up some momentum. The other books are scripts (transcribed podcasts with introductions) and episodic, allowing you to start or stop anywhere. Of the four books, I enjoyed It Devours the most. They are all baloney, albeit tasty baloney, so consider yourself warned.

These books grew out of the wildly successful Night Vale podcast series (which I had also never heard of), a modern equivalent of old radio serials, i.e., “The Theater of the Mind.” They are also available on YouTube. After reading both novels and browsing the transcriptions, I think that none of them are quite as effective as the podcasts. Those podcasts should, ideally, be listened to late at night, while driving through a trackless desert with a hitch-hiking drifter you picked up in the middle of nowhere sitting beside you. The drifter’s name is Vic. Vic is smoking a cigarette. A light in the sky hovers just ahead of you, then vanishes.  You say, “Did you see that, Vic?” But Vic doesn’t say anything. His cigarette burns down to his fingers. You take it from him and put it in the ash tray. “Those things will kill you, ” you say, but you know it’s a lie… because Vic is already dead.